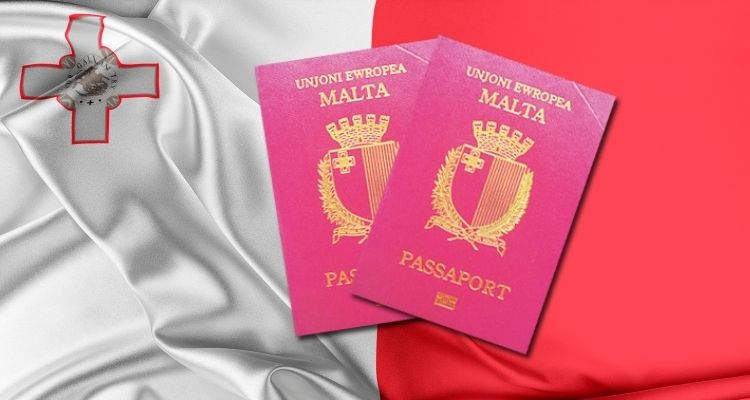 In the spring of 2014, the Maltese Individual Investor Program (MIIP) was launched, which provides Malta citizenship for investments over a 12-month period. By launching the program, the authorities set a quota of 1,800 satisfied individual and collective applications. By the autumn of 2020 the limit had been met. The program closed, having managed to bring the state about 1.5 billion euros, used in various social programs and supported the country’s economy during the pandemic.

But on November 20, 2020, the Maltese authorities, through the Official Government Gazette No. 20.524, announced a change in the law and the emergence of the MIIP mechanism “Granting the status of a Maltese citizen by naturalization for exceptional services in the form of direct investment” (Maltese Citizenship by Naturalisation for Exceptional Services by Direct Investment; MCNESDI). The MCNESDI mechanism is further characterized by changed conditions, a new price that has changed the requirements for documents.

We study the regulatory framework, preparing to issue Malta citizenship for investments

The independent regulatory body is tasked with scrutinizing the work done by Agenzija Komunita Malta and ensuring proper oversight. The regulator ensures that the agency’s processes and procedures are properly implemented.

According to the Official Government Gazette, the process of granting maltese passports and citizenship through investments from 21 November 2020 is governed by the following regulations and regulations:

The new legal framework takes into account a number of recommendations of the European Commission, making the immigration route as legitimate as possible. See Table below:

It is highly recommended that you carefully read the above documents and adhere to the practices described to ensure that applications for dual Maltese citizenship are processed quickly through investment. Deviations from these rules can lead to delays and possible rejection of the application.

No time and desire to delve into legal subtleties? Our International Wealth experts are available to assist.

Who will not be able to obtain dual Maltese citizenship through investment?

If the applicant is not a citizen of one the above countries, but resides on its territory as a legal resident, conducts business there, has significant ties with that country, such an applicant will be refused. The blacklist also includes citizens from countries that are banned from entering the United States.

Agenzija Komunita Malta reserves the right to periodically update the blacklist of states whose citizens are prohibited from obtaining Malta’s economic citizenship through investment.

The number of successful applicants for Malta’s economic citizenship through investments is limited to a total of 1,500 applications (individual/collective). The authorities have pledged to authorize no more than 400 applications annually. In other words, the exhaustion of the quota at full load should be expected in 2024.

Applications are accepted by adult principal candidates (over 18), who are allowed to include the following dependents:

Grounds for disqualifying applicants for a second Maltese citizenship through investments:

Certified copies of any documents must be prepared in high resolution, ensuring readability. Color copies of the originals should be provided as much as possible. A lawyer’s written statement that the document is an “exact copy of the original” is required. If you have a document that includes a photo, you should specify the authenticity of the photo.

Authentication should be carried out in accordance with the following criteria:

Since the Agency recognizes that the originals of the apostated documents are required in the public registry office, the Agency will have sufficient certified copies unless otherwise stated.

The official English translation must always accompany any accompanying documents submitted when applying for a passport and citizenship of Malta for non-English investments (including certificates or stamps).

Translations should be prepared with the help of a professional interpreter (officially accredited), a government agency, an international organization or a similar official institution.

When preparing a translation in a country where there are no officially accredited translators, a company whose sole/main activity is to provide professional translation services should be involved. The translated document must be accompanied by the signature of at least one authorized representative of such a translation company.

Important: Translators should specify in a clear and legible format the date of the translation, their full name, position and the name of the company in which they work, the address of residence or work, the phone number and email address / website. In the case of a translation agency, you should use a company form containing key information related to the translation firm.

It is highly recommended to use the services of well-known and reputable translation agencies/ translators. In the case of translators accredited to the country’s court or similar official institutions, the provision of accreditation information would be considered a plus.

It is important to note that at any stage of the application process, the Agency reserves the right to request additional information relating to the interpreter and/or translation agency, or even to request a re-translation by another interpreter.

How much does Malta citizenship cost for investment: the price of residency and passports

The tables below provide detailed information on the minimum investment and administrative fees required to obtain Maltese citizenship through investments in accordance with current rules.

The stage of obtaining citizenship status

To increase transparency, licensed immigration agents are advised to refrain from offering their clients non-governmental organizations in which agency employees are shareholders/directors.

Timeline: the process of obtaining a second Maltese citizenship for investment, terms

The process is conditionally broken down into the 11 steps described in the table below.

The process of obtaining

Key pros and cons of Malta citizenship through investment

Receiving a Passport and Citizenship of Malta through investment should pay increased attention to detail, as the accompanying documents and the candidates are carefully vetted by the regulatory authorities. Successful completion of the process is possible only if there is expert support.

Please fill out the questionnaire below to help us help you select the best citizenship by investment opportunity.

fill out the questionnaire: Free consultation for Malta citizenship candidates for investment