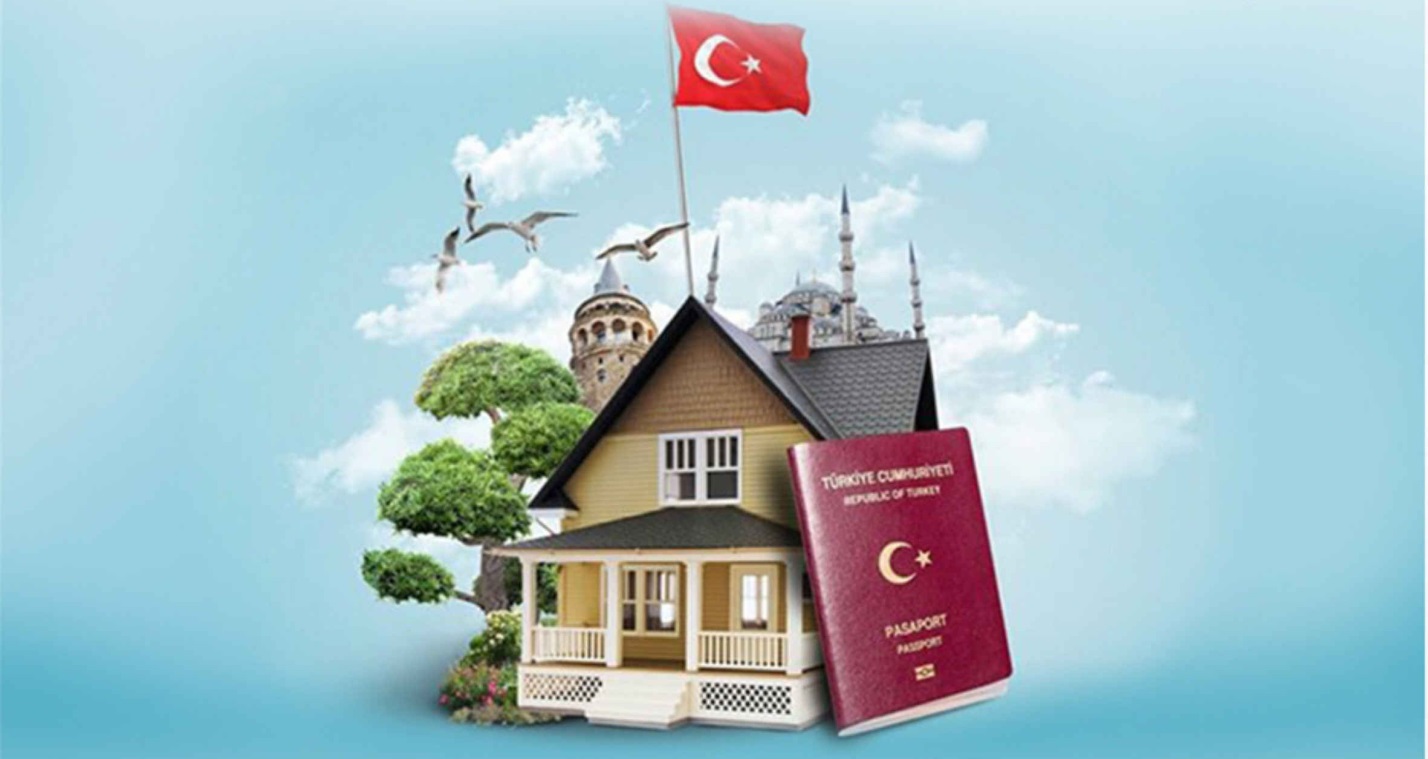 Turkish citizenship by investment: Three reasons to acquire it now

We suggest that you should purchase some real estate in Turkey thus qualifying for citizenship of the country. Besides, we recommend that you should do it soon. If you procrastinate, you risk finding the real property prices going up and the line of the Chinese applicants for Turkish citizenship by investment growing very long. One more reason not to waste any more time and apply for citizenship now is the possibility to perform many of the procedure involved online, that is, without going to Turley.

The Turkish citizenship by investment scheme is turning into a new bestseller. It attracts wealthy individuals from different countries by providing for the possibility to acquire foreign citizenship fast and on the most lucrative conditions. Are you considering this option too? The facts show that you should not put off making the decision and buy the Turkish passport ASAP.

The authorities of Turkey try to minimize the Covid-19 pandemic impact on the national citizenship-by-investment program. Now it is possible to pick the Turkish passport at a diplomatic mission of the country in foreign states. All the procedures that had to be undergone in Turkey before including the fingerprinting can now be performed at an embassy or a consulate. This is certainly good news considering the current travel restrictions.

In addition to that, you can file the application for Turkish citizenship at a foreign diplomatic mission too. You will have to issue a Power of Attorney to a Turkish lawyer who will handle the submission of the application documents in the country. The time required for obtaining citizenship of Turkey is between three and six months.

The foreign investor has to submit the required application documents to the Turkish embassy or consulate and issue a Power of Attorney in the name of a Turkish lawyer who will take care of the following procedures involved in acquiring citizenship of the country:

The application for economic citizenship of Turkey has to be approved by the Head Department of the immigration agency, the Ministry of the Interior State Board of Citizenship, and the office of the President. When it is, the passport can be collected from a foreign diplomatic mission. Tukey has embassies and consulates in 166 countries and territories of the world.

The Power of Attorney issued in the name of a Turkish lawyer shall possess the following characteristics:

The Turkish Government has set up a real estate online portal parselsorgu . tkgm . gov . tr . There you can find all the official information about the real property in Turkey available for investment. The list of the countries whose citizens are allowed to apply for Turkish citizenship by investment is compiled by the Cabinet.

The website yourkeyturkey . gov . tr has been set up by the Ministry of Environment and Urbanization and the Directorate of the land registry. It is available in six different languages and it gives access to the information about the Turkish citizenship-by-investment program and all the procedures that are involved.

There is also an eAppointment website (randevu . tkgm . gov . tr) that allows planning the visit to a land registry office and registering the arrangements online, which is especially important with the Covid-19 pandemic in the background.

Property sales have grown by 210% in June: the high demand should drive the prices up

The demand for real estate has more than doubled last month in Turkey. If this trend continues, the prices are going to grow as the increased demand always brings about price growth.

In June 2020, over 202,000 houses and apartments were sold in the country, which is the highest monthly figure since December 2019. The real estate market started reviving after the terrible blow that it had experienced due to the coronavirus pandemic. The revival can be partly attributed to the mortgage interest rate reduction that occurred some time ago.

The sales of houses and apartments saw colossal growth of 209.7% in June in the annual quantities. This happened after the state creditors introduced mortgage programs with historically low interest rates in order to soften the economic consequences of the coronavirus pandemic.

According to the information from the Turkish Statistics Institute (Türkiye İstatistik Kurumu Başkanlığı; TÜİK), 190,012 accommodation units were sold in the country in June while 53.4% of them were bought on mortgages.

Istanbul, the largest city in the country and one of the most important tourist attractions has had the lion’s share of the real property sold and purchased. 21,915 purchase agreements were signed in the city in June. Then followed the capital city of Ankara and the province if Izmir with 21,900 and 11,690 accommodation units sold, correspondingly.

However, the number of purchase deals made with foreign nationals has decreased in the country in comparison to the previous year. In June, 1664 accommodation units were sold to foreigners in Turkey, which is 38.1% less than during the same period of the last year.

Istanbul was the most popular city with foreign investors in 2019. In total, 730 houses and apartments were sold to foreigners last year. Then followed the seaside city of Antalya with 277 accommodation units sold and Ankara with 180 purchased deals made.

Cheap mortgages have allowed the property owners to sell their houses and apartments and invest money into their businesses thus promoting the economic development in the country.

Ziraat Bank, VakıfBank, Halkbank, and other Turkish banks offer mortgages, car loans, credits to buy locally made products, and recreational credits. The loans can be acquired at a rate that is lower than the rate of inflation.

A fifteen-year mortgage can be obtained at only 0.64% a year. Besides, twelve months can pass before the borrower starts paying back the mortgage.

Stand in line behind the Chinese when applying for citizenship by investment in Turkey?

The results of multiple surveys and the marketing research show that the countries that grant citizenship to foreign nationals who make investments into their economies are especially popular with the Chinese.

Until recently, wealthy people from China demonstrated little interest in the Turkish citizenship by investment program. The situation started to change a sort time ago, however, which should be a sign for potential investors into Turkish citizenship from other countries. There is a possibility that the Chinese are going to start queueing for Turkish citizenship in a short while so there is not much time to waste.

In the first half of 2020, the investors from China made it into the top ten of the foreign buyers of real property in Turkey. They ranked eighth while three years ago they were not even inside the top twenty of foreign investors.

The Chinese investors mostly buy property located in large cities such as Istanbul, Ankara, and Izmir.

Experts believe that the Turkish economic citizenship program attracts Chinese investors by the opportunity to have an E2 visa to the USA stamped in the Turkish passport while the Chinese passport does not provide for such an opportunity. Besides, the competitive prices for real estate in Turkey also play an important role in attracting Chinese money to the country.

It will be interesting to note that the Chinese legislation does NOT allow dual citizenship. But well-to-do citizens of the country are prepared to run the risk because they expect their Government to turn a blind eye to them acquiring foreign citizenship. There are just so many people living in China that the authorities do not actually mind if some of them relocate somewhere else.

Would you like to give the possibility to acquire Turkish citizenship by investment some serious consideration? Please contact us via email info@offshore-pro.info to learn every detail of the procedure of applying for citizenship of Turkey. We will be happy to assist you in this endeavor.

The Turkish legislation does not prohibit having two or more national passports. However, not all countries in the world allow dual citizenship. If you come from one of such countries, you will have to renounce your home country citizenship when becoming a citizen of Turkey. Another option is to conceal the fact of your acquiring a second citizenship from the authorities of your home country.

Is a foreign national entitled to buy real property in Turkey?

In accordance with the Turkish legislation, citizens of foreign countries can freely buy any property in Turkey in any part of the country with the exception of military zones. If a foreigner buys real estate in Turkey that is worth US$ 250,000 or more, s/he and his/ her family will qualify for Turkish citizenship.

How can I acquire economic citizenship of Turkey?

There are several investment options that are available to foreigners wishing to become citizens of Turkey: invest US$ 250,000 into real estate in the county; make a bank deposit of US$ 500,000 in Turkey; invest US$ 500,000 into Government bonds or a venture fund; establish a business company and create 50 new jobs in Turkey. In all instances, the property shall remain in the investor’s possession for three years. After this term expires, the property can be sold while the citizenship will be preserved.