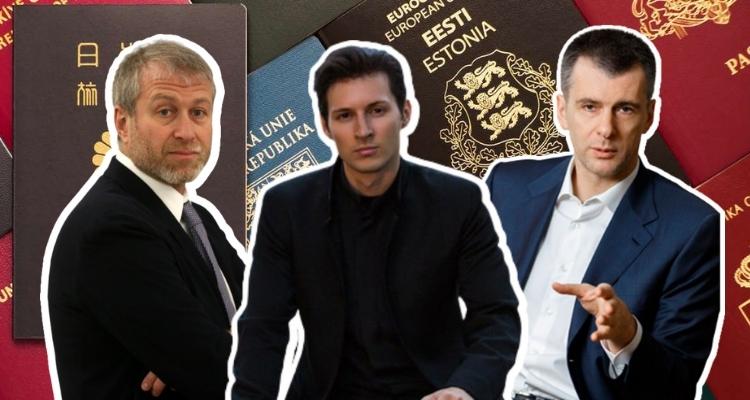 International Wealth experts are happy to offer you assistance with applying for citizenship by investment worldwide. We will select the best foreign jurisdiction to match your needs and open foreign bank accounts for you. To book your free initial consultation with International Wealth, you are welcome to contact us via the email mentioned at the end of this article.

It is a well-known fact that the Russian billionaire Pavel Durov, the founder of the Vkontakte social media platform and the owner of the Telegram messenger, received the citizenship by investment status in Saint Kitts and Nevis a while ago to decrease his economic and political risks. From the information below, you’ll learn how many well-known Russian billionaires boast dual citizenship. So, stay tuned for more.

It is getting more and more popular to receive citizenship by investment status in Malta. With its picturesque Mediterranean landscapes and historical sights, Malta has been a popular tourist destination for years. The Maltese government has recently published the list of its new citizens, with a striking number of billionaires and high-net-worth individuals from Russia among them.

A total of 730 Russian nationals, including major Russian IT company owners, liquor and spirits producers, banks and real estate company managers, have received second passports and acquired the citizenship of Malta. Such internationally acclaimed individuals as Arkady Volozh, the Yandex company (the Russian counterpart of Google) co-owner, and Alexey De-Monderik, the Kaspersky Lab co-founder, belong to their number. All Kaspersky Lab products are currently illegal in the USA, as according to the US government, they are associated with spyware secretly installed and managed by Russian hackers.

The Forbes sources believe that till February 24, the wealth of Arkady Volozh amounted to approximately USD 3,000,000,000. Influenced by the recent events, prices for Yandex shares collapsed, and now Mr. Volozh’s assets amount to USD 580,000,000.

According to Ilya Shumanov, head of Transparency International Russia in charge of international capital flow monitoring, Russians are looking for a safe tax-friendly harbor for themselves and their relatives. They are prepared and willing to pay for the related services. By investing into a second citizenship in Malta, they successfully hedge their personal risks.

Alexey Marey, a member of the Alfa-Bank BOD, has been a Malta national for over 6 years already. This is even more impressive, considering that Alfa-Bank has been under the EU sanctions against Russia.

Alexey Marey was employed by Alfa-Bank in 2004 and spent years there.  He took several positions in the bank, including the one of its general director since 2012 till 2017.

According to non-verified bio data, he left the company to take up permanent residency in Great Britain (London) together with his family. There he became a non-executive director of Qiwi, a Russian payment service provider.

Alexander Nesis, a Russian billionaire with the assets of USD 2,000,000,000 is currently another Maltese citizen. He is a majority shareholder of  the precious metal producer Polymetal International, which Mr. Nesis owns indirectly through his own ICT Group company.

Even Elena Rybolovleva, an ex-wife of the Russian billionaire and the Monaco soccer club owner Dmitry Rybolovlev, whose assets  after divorce are estimated at USD 600,000,000, got Maltese citizenship and acquired her second passport there around 5 years ago.

You are welcome to learn more about our services for receiving Maltese citizenship by investment.

Everyone knows them  – Russian billionaires with Israeli citizenship

Due to their Israeli roots, dozens of Russian billionaire business owners have recently become citizens of Israel.

According to The Times of Israel, a Russian billionaire Mikhail Prokhorov immigrated to Israel and became a local citizen in April 2022. Jewish mass media report that a 56-year-old Prokhorov came to Israel from Switzerland on his private jet. Ynet claims him to have arrived on a tourist visa. Mr. Prokhorov has submitted all the documents necessary to become naturalized in the country, as provided for under the Israeli Law of Return.

Mr. Prokhorov’s maternal grandmother Anna Belkina, a famous Russian microbiologist, was a Jew. This authorized the Russian billionaire to apply for Israeli citizenship.

With a net wealth of USD 13,800,000,000, Mikhail Prokhorov comes 12-th in the Bloomberg list of Russia’s richest people. Ever since he ran for president of Russia against Vladimir Putin, Mr. Prohkorov has distanced himself from the Kremlin, yet he stays in contact with Russian political leaders.

Unlike the other Russian oligarchs, Mikhail Prokhorov was not subjected to either US, British, or EU sanctions due to his ties with Vladimir Putin.

Another Russian billionaire Roman Abramovich is one of the oligarchs who suffered the most in the aftermath of February 24 this year.  He is known as the Chelsea soccer club owner. The club plays in the English Premier League. Mr. Abramovich became a citizen of Israel back in 2018.

He has long-established ties with Israel. The CTech information agency of Israel reports him to have donated USD 500,000,000 to various healthcare and cultural institutions of the country. Besides, Roman Abramovich owns real estate in Israel.

Great Britain imposed sanctions on Mr. Abramovich. It froze his assets and prohibited travelling to him. Afterwards, the EU froze the oligarch’s assets.

Due to the EU and British sanctions against Abramovich, Israel is already in a difficult position. The USA imposed no sanctions against him. Roman Abramovich received his second passport in Portugal on the grounds of his supposedly Sephardi ancestry. The Portuguese authorities are verifying whether this was done on legal grounds.

Mikhail Fridman belongs to the elite circle of Russian billionaires. He was born in Ukraine, educated in Russia, and enjoys the benefits of dual citizenship in these two countries. More to the point, Fridman has a second passport of Israel. Mr. Fridman is an active member of the global Jewish community and supports its actions in Israel. He co-founded and financed the Genesis Prize, awarded for services to Israel and the global Jewish community.

Mikhail Fridman refused to support the politics and actions of the Kremlin towards Ukraine. He came under the EU sanctions, but not the ones of Great Britain, where Mr. Fridman spends most of his time. Mikhail Fridman co-founded the Russian Alfa-Bank. It is the largest private bank in the country. Both the EU and the US imposed sanctions against Alfa-Bank.

Mr. Fridman co-founded LetterOne, but his shareholding was frozen by the company in March, BBC reports.

German Khan is a close associate of Mikhail Fridman, who they founded Genesis Prize and Alfa-Bank together with. According to the BBC, Khan used to be a member of the LetterOne BOD, but resigned not so long ago. The names of Khan and Fridman were deleted from the Genesis Prize website.

Alongside Mr. Fridman and Mr. Khan, the Russian billionaire Petr Aven is a third co-founder of Alfa-Bank. He founded the LetterOne company together with Fridman. Petr Aven is partially a Jew, but whether he is an Israeli citizen remains unknown.  According to the AP agency, he is one of the Russian billionaire business owners who supposedly became Israeli citizens or residents as of late.

Leonid Nevzlin is an oil tycoon who escaped from Russia to Israel in the early 2000s, due to the investigation of the Yukos operations. The latter was co-founded by both Leonid Nevzlin and Mikhail Khodorkovsky. Israel refused to extradite Nevzlin to Russia. Protesting against the Russian military operation in Ukraine, Leonid Nevzlin renounced his Russian citizenship a couple of months ago.

AP reports Nevzlin to be a BOD member of several European and Israeli organizations, with Jewish National Fund and  Hebrew University among them.

Valery Kogan is the owner of the Moscow Domodedovo airport. He invested over USD 100,000 in luxury Israel real estate. Valery Kogan is a citizen of Israel. He has not yet been sanctioned. Yet, according to The New York Post, Mr. Kogan put up for sale his Plaza hotel in New York.

Viktor Vekselberg, a Russian billionaire, was admitted to Israeli citizenship in 2019. He contributed to strengthening linkages between the Israeli technological companies and Russia. Relying on CTech data, he was the founder of Fifth Dimension, an analytical company presided by the Israeli defense minister Benny Gantz.

In March 2022, US Treasury imposed sanctions on Vekselberg due to the close ties the latter had with Vladimir Putin. His assets were partially frozen for the first time under the US sanctions back in 2018.

Most Russian billionaires have Cypriot citizenship

A journalistic investigation states that over 1000 Russian nationals got Cypriot passports under the local citizenship by investment program. The said immigration program provided for real estate investments over EUR 2,500,000. Hence, all Russian applicants who received their second passports in Cyprus are millionaires and billionaires.

According to the In-Cyprus news agency owned by Phileleftheros Media, it was discovered in April that Cyprus had recalled the total of 21 so-called golden passports belonging to sanctioned Russian oligarchs.

This will result in a loss of dual citizenship for Russian billionaire business owners Alexander Ponomarenko, Vadim Moshkovich, Mikhail Gutseriev, and Alexey Kuzmichev. The 17 passports of their dependents with dual citizenship will be recalled as well, the agency report states.

According to the agency, Oleg Deripaska and Igor Kesaev had Cypriot citizenship.

Grigory Beryozkin, the owner of the Komsomolskaya Pravda newspaper and the RBC media holding, as well as Gulbakhor Ismailova, a sister of the Russian oligarch Alisher Usmanov, will lose their Cypriot citizenship too.

Oleg Deripaska was admitted to Cypriot citizenship in 2017, Gulbakhor Ismailova in 2015, while Beryozkin and Kesaev – in 2012. The Golden Passport citizenship by investment program was discontinued in Cyprus in October 2020 as a result of corruption allegations.

Back in the 1900s, Finland was among the first North European countries to allow dual citizenship. Several Russian oligarchs have second passports and dual citizenship in Finland, with Gennady Timchenko, Arkady and Boris Rotenberg, as well as his son Roman Rotenberg among them.

According to the U.S. Department of Treasury, Gennady Timchenko has been a Finnish citizen since 1999. He is also a national of Russia and Armenia.

Mr. Timchenko had owned a second-largest Russian gas company, Novatek, for over 10 years. It is a major European gas market participant.

Gennady Timchenko headed Novatek as a result of some covert operation. Novatek has officially become a public company, whose shares are listed on the London Stock Exchange. Its major shareholders are the Russian businessmen Leonid Mikhelson and Gennady Timchenko.

In early October 2018, the Russian billionaire Boris Rotenberg filed a lawsuit in the Helsinki city court against major Scandinavian banks. He demanded that account servicing in respect of his accounts be resumed, and received EUR 70,000 in compensation. The banks’ refusal to make transactions  on Rotenberg’s accounts was the ground for the above claims. Rotenberg was unable to make any tax or other mandatory payments a businessman with Finnish citizenship shall make (Rotenberg is the citizen of both Russia and Finland, thus boasting dual citizenship). Mr. Rotenberg lost the court and disclosed his Finnish citizenship.

The International Wealth experts are here to consult you on the subject of dual citizenship, second passports, and assist with your citizenship by investment status on a global scale. They will help you choose the best and the most advantageous grounds to receive your second passport. Here are the services International Wealth offers to its customers:

To apply for a consultation with the International Wealth experts on the subject of dual citizenship, second passport, or any related issues, email us at info@offshore-pro.info. Getting a second passport in a foreign jurisdiction is fairly easy with our assistance. 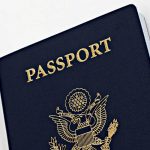