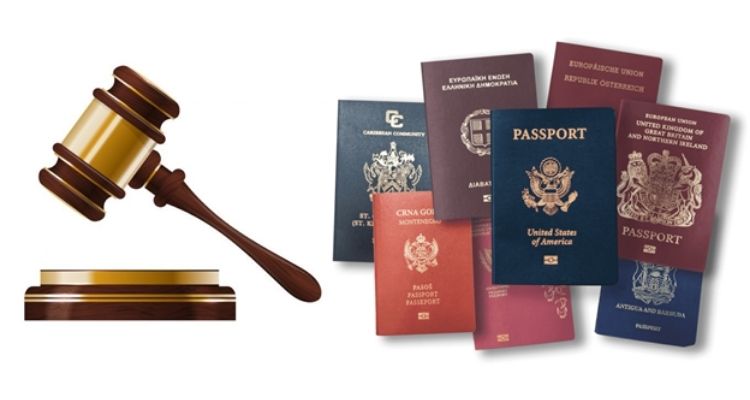 Only an Honest Investor Can Obtain Foreign Citizenship: Three Stories

Planning to apply for foreign citizenship? It’s important to realize that you, together with the members of your family that are going to be added to the application, should have spotless reputations. Having a criminal conviction or even unproven reputational stains on the internet can often close the door to obtaining a second foreign passport. Remember the basic rule: “Only honest investors can qualify for foreign citizenship”.

Are there exceptions to this rule? Possibly, but they are very specific and not applicable in most cases. For example, if you are accused of a crime by the Taliban government, doors might still be open. Very minor offences from a long time ago might also be overlooked if they are openly declared in the context of an excellent track record since. If circumstances like this apply to you, you should seek expert advice immediately

What if you wish to apply for Citizenship by Investment in the Caribbean, or Vanuatu for example? One of the conditions is to invest the required amount of money in the host country’s economy.

But this is not the only requirement that you have to meet. You also need to pass serious due diligence checks. The immigration authorities of the foreign country want to make sure that untrustworthy individuals cannot become citizens of their country. Please bear in mind that not only the main applicant for foreign citizenship has to undergo the due diligence checks but also all adult members of his/ her family that are included in the application.

In addition, you should realize that you can be stripped of your new citizenship if you have provided misleading or incomplete information in the process of obtaining it. In other words, your foreign citizenship can be revoked if you conceal some information when applying for it or supply some false information. When the deceit is discovered, you are going to lose your foreign passport even if the concealed information has nothing to do with your criminal past. Countries with Citizenship by Investment programs want to have honest investors exclusively.

Below please find three stories that illustrate the importance of being honest when applying for foreign citizenship. The stories come from Vanuatu, Montenegro, and Cyprus.

Passport of Vanuatu for an honest investor

The ‘Development Support Program’ has been instrumental in helping remote Vanuatu to keep its economy afloat while the pandemic is raging and travel restrictions have remained in place around the world. Its tourist industry collapsed last year due to the lockdown, but the island state in the South Pacific was able to attract US$ 175 million in foreign investment by granting foreign investors citizenship of Vanuatu. This sum amounted to 35% of the total income that the Government of the country was able to generate last year.

However, journalists working for The Guardian discovered that some new citizens of Vanuatu were sought by the police in their home countries. The news placed the Government of Vanuatu in a serious dilemma between potential international sanctions and losses to the national economy. In any case, the authorities of the country started a retroactive audit of files, the clear aim of which was to convince the international community that Vanuatu adheres to the policy of issuing investor passports only to honest foreign investors.

The audits yielded fruit. In August 2021, the Government of Vanuatu announced the revocation of a Syrian investor’s citizenship. Ronald Warsal, head of the local Citizenship Commission told ABC Pacific Beat that the Government of the USA imposed sanctions on the Syrian businessman’s companies a few weeks after he had applied for citizenship of Vanuatu.

“After the publication in The Guardian, the financial authorities of Vanuatu initiated an investigation and as a result, citizenship of the Syrian investor mentioned in the article was revoked” said Warsal. The money that he had invested in the Vanuatu passport remains with the Government of Vanuatu, in accordance with the citizenship-by-investment program regulations. Warsal added that the Government of the country was conducting further investigations concerning other individuals mentioned in The Guardian publication as well as those that the British journalists said nothing about.

The Vanuatu Government official assured the interviewer that the situation was under control. “We do our best to bar criminals from our country. People prosecuted by the police in their home countries cannot obtain passports of Vanuatu” said Warsal.

Of course, it is worth pointing out that the individual probably thought he timed his application perfectly. The due diligence would have been completed just days before he was added to the US sanctions lists, but he had not been fully naturalized at that time.

Passport of Montenegro for an honest investor

Montenegro is one of the European states that grants citizenship to foreign investors. Even though the Montenegrin passport requires a higher investment than the passport of Vanuatu, the jurisdiction is certainly attractive due to its location. Unfortunately, the Government of the country is not satisfied with the inflow of capital generated by the local citizenship-by-investment program. This is the reason why the authorities of Montenegro have decided not to reopen the program after its first phase ends ath the end of this year.

According to the Montenegrin Ministry of the Interior, 212 applications – individual and family – have been submitted since the citizenship-by-investment program was launched in 2019. Fifty-eight applications have been approved, seventeen rejected, while the rest are under consideration.

When the program was started, the Government officials set a quota of 2,000 applicants for citizenship of Montenegro. It is obvious now that the quota is not going to be reached by the end of 2021. In all fairness, we have to note that the low demand is attributable to the novelty of the product and probably lack of promotion. The program is also relatively expensive compared to the more popular Caribbean and Vanuatu programs.

In particular, Brussels has called on Podgorica to revise its citizenship-by-investment program as it allegedly creates possibilities for foreign individuals to “launder money and evade taxes.” Under the pressure from Brussels, the Montenegrin authorities have had to rethink the issuance of the passports to some foreign investors.

One of these inspections revealed that one applicant (and the members of his family) has obtained the passport of Montenegro in an unlawful way. The name of the foreign investor remains unknown thus far, but he has been stripped of his Montenegrin citizenship.

Passport of Cyprus for an honest investor

The number of European states offering citizenship to foreign investors is shrinking. Under the pressure from the European Commission, the Maltese authorities revised their citizenship-by-investment program in 2020 and made the requirements for citizenship of Malta much tougher. In November last year, the immigration authorities of the country stopped accepting applications for citizenship under the old conditions while undertaking to process all the remaining applications that exist. A new, stricter model has since been introduced.

The Cypriot Government, in turn, decided to suspend the citizenship-by-investment program after some scandalous coverage on Al Jazeera TV. Reporters claimed and offered evidence that some foreign investors with ‘unsavory reputations’ had been able to acquire citizenship of Cyprus. These accusations forced the immigration authorities of the country to conduct investigations concerning some new Cypriot citizens.

Last summer, the Prosecutor-General’s Office ordered the revocation of no fewer than 44 economic citizenships following the recommendations of the inquiry board. Critics believe, however, that many more cases also deserve the Prosecutor General’s attention.

A 786-page report that the inquiry board has submitted recommends that quite a few representatives of state and private agencies should be sanctioned  – via administrative or criminal channels. Amongst others, the former Supreme Court head, the head of the Securities and Stock Exchanges Commission, the financial ombudsman, and the deputy prosecutor general are on the list.

Are you a law-abiding person? Would you like to obtain foreign citizenship and a second passport? If you have a clear track record and legitimate funds, don’t be put off by the stories above. Nearly a dozen countries located in different parts of the world offer second citizenship opportunities to honest investors from foreign countries.

The trend is picking up indeed as more and more wealthy individuals are investing in second passports. We are sure that in future years the trend will be unstoppable – many more countries will launch citizenship by investment programs. It makes logical sense, as investors are prepared to pay considerable amounts of money in return for freedom and lifestyle upgrade opportunities, new international business horizons, and the possibility to hedge risks. It all boils down to a ‘Plan B’ or, for many smart investors today, Plan C or D.

The honest holder of a second passport feels much freer, more secure and much more flexible as far as his/her lifestyle and financial activities are concerned. Millionaires, multimillionaires, and billionaires are queueing for second passports! Why don’t you join the queue today?

There are five such countries in the Caribbean basin (Antigua, Dominica, Grenada, Saint Kitts, and Saint Lucia), Montenegro in Europe, Vanuatu in the South Pacific, Jordan and Turkey in Asia.

Are any discount programs available to applicants for foreign citizenship?

The global economic collapse caused by the COVID-19 pandemic has made some countries issuing passports to foreign investors take extraordinary measures to attract some additional foreign capital. In particular, the Government of St Kitts will now grant citizenship to a family of four at the price of citizenship for a single applicant – US$ 150,000 (a US$ 45,000 discount). The Government of St Lucia, in its turn, has cut the required amount of investment in state bonds by half. Now you can invest US$ 250,000 only to qualify for citizenship of St Lucia. The investment is returnable.

Who can help an honest investor acquire foreign citizenship?

InternationalWealth team provides the full range of investment and business immigration services. We have partners in all countries that grant citizenship to foreign investors. Our experts have been in this business for many years and we know all the ins and outs of applying for foreign citizenship by investment. We practice a personalized approach to every client and offer turnkey solutions.

Please help us make the portal even more informative, up-to-date, and valuable for you and your business. Отмена
Low Tax Residence in Europe: 11 countries with low taxes
23 Nov 2021
Acquire Citizenship of Montenegro in 2021: Invest in Your Future
12 Nov 2021
Biden’s Tax Reforms: How Offshore Trusts and Citizenship Can Protect Assets
08 Nov 2021
Register a Company in Portugal as a Non-Resident
05 Nov 2021
Eurostat Report Highlights Unjustified Stance Against Investment Migration
04 Nov 2021
Blockchain Passports and Citizenship for Crypto – Present and Future
03 Nov 2021
Open a Company with a Bank Account in Serbia Remotely
03 Nov 2021
ICO Data Protection Registration: Do UK “Offshore” Companies Need It?
02 Nov 2021
Register a company in the form of LLC or Series LLC in the Marshall Islands remotely
01 Nov 2021
Acquiring Legal Permanent Residence in Paraguay: Stage 1
28 Oct 2021
Acquire a Non-Citizen Passport of Panama for Traveling
27 Oct 2021
Open a Swiss Bank Account for Foreigners: How-Tos for Private Persons
26 Oct 2021