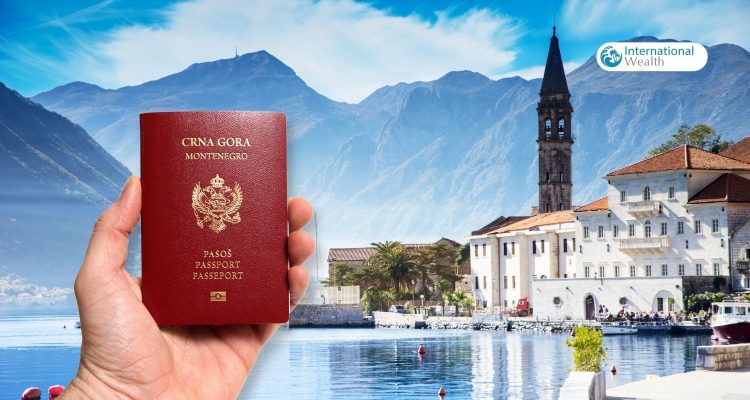 Montenegro’s authorities, contrary to earlier announcements, have announced the Montenegro second citizenship program updates. Its extension by one year comes as good news to wealthy investors seeking Montenegro passports. The new deadline is December 31, 2022. However, for price-sensitive applicants, there’s also a flip side of the coin, as the cost of a passport in Montenegro has increased by €100,000.

At a meeting held by the Government of Montenegro in March 2021, the national authorities announced their intention to terminate the economic citizenship scheme on December 31, 2021, as agreed in 2019 at its launch.

In November 2018, the program-related provisions in legislation indicated that it was opened for a three-year period and/or until 2,000 applications would be approved.

Despite the overwhelming confidence of the country’s authorities in the success of the scheme, it had to compete hard in the worldwide market of attractive RBI/CBI offers for investors. As a result, it failed to issue the target number of passports by the deadline.

In fact, the demand for Montenegro second passports was moderate. Things got even tougher because of the COVID-19 pandemic, which made it difficult to obtain Montenegro citizenship by investment that required at least one in-person visit to the country.

Eventually, in late November 2021, the Montenegro media reported the breaking point of the 200 approved applications (10 times less than the goal). According to the local Ministry of Interior, 206 foreign investors (mostly from Russia and China) had obtained their second passports in Montenegro, and so did their family members (481 people). Yet, 394 applications were pending.

Apparently, not satisfied with the results achieved, the government extended the program of economic citizenship of Montenegro for a period of one year: until December 2022.

The local authorities took this step, despite warnings from the European Commission and civil society organizations that this decision could be detrimental to the advancement of this Balkan country toward membership in the European Union.

In an effort to soften the pressure from Brussels, the government announced the tightening of the terms of the economic citizenship program. Specifically, it stated that all investors who had already applied for Montenegro citizenship were required to provide a bank guarantee in the amount of 50% of their investment value. All new applicants are now required to pay €100,000 to the national budget plus €100,000 to the regional development fund.

Previously, only a donation of €100,000 was required to the regional development fund. In other words, the total cost has doubled. In addition to this non-refundable investment, applicants are required to make a repayable real estate investment of at least €250,000 (when purchasing properties in underdeveloped regions in the north of the country) or €450,000 (in the case of investing in more developed regions in the center and south).

Furthermore, during the extended period of the program, authorities will not approve new development projects (as the CBI applicants are allowed to invest money only in property pre-approved by the government of Montenegro).

Independent experts in the field of investment immigration agree that the sudden decision about the program extension was taken due to the government’s desire to ensure the completion of already approved development projects financed through the Montenegro citizenship program.

Approximately 2,800 accommodation units / hotel rooms will be built as part of the approved development projects that are mainly in the tourism and hospitality field. The successful completion of these projects is expected to increase the total room inventory of Montenegro by about 13% thus significantly improving the country’s tourism appeal and offer.

The total value of all projects is about €450 million. The completion of these projects and the commissioning of the respective properties can create 2,200 new full-time jobs.

The decision to extend the Montenegro investment citizenship program was not taken unanimously by the local authorities. Moreover, officials are quite likely to suddenly change their minds under pressure, for example, because of the criticism from the officials in Brussels. Therefore, experts recommend potential applicants hurry up and apply well in advance of the new deadline.

There are many reasons why you should not postpone the application. For instance, the difficult political situation in the country increases the risk of changes in the government and, consequently, a shift in the policy. The new government, which came to power after the defeat of the Democratic Party of Socialists, led by the former Prime Minister and President Milo Đukanović, announced its intention to terminate the CBI program in 2021 as planned at the time of its launch. But after only 6 months (December 30, 2021), the Minister of Economic Development Jakov Milatović said that the program of economic citizenship of Montenegro helps the development of the country and needs to be extended.

After the news of the program’s extension, Jakov Milatović tweetted that the program would promote the country as a regional leader in terms of money allocated for innovation. He believes that by developing tourism, the government will strongly support innovations as the driving force for accelerated economic growth.

But not all his colleagues supported Milatović’s position. According to local media reports, Interior Minister Sergej Sekulović and Foreign Minister Đorđe Radulović voted against the program’s renewal.

NGOs warned that such a decision could jeopardize the integration of the Balkan country into the European Union. In particular, a press release from the local human rights organization CEGAS states that European institutions do not support investor passport programs because of the impact they can have on the financial integrity of member states and candidate countries.

The programs issuing passports to foreign investors have long been criticized by the European Commission, which fears that such a mechanism could be used for tax evasion/money laundering/avoidance of prosecution in other jurisdictions.

The European Commission’s report for 2021 indicates that the Republic of Montenegro should phase out its own CBI passport program for foreign investors.

The European Commission has already forced Cyprus to shut down its own Golden Passport program in November 2020. The same pressure is also applied to Malta, whose government is ready to sue official Brussels if necessary, defending the sovereign right to issue passports to foreigners at its own discretion and as part of the national authorities’ mandate.

Programs of citizenship by investment in Montenegro and other countries offer HNWIs the easiest, fastest, absolutely legal, and often quite profitable way to obtain second or multiple passports without residing in the host country. But the rules of such schemes are periodically revised. Sometimes the relevant programs are suddenly completely abolished.

If you wish to acquire Montenegro citizenship by investment or choose another route to becoming a foreign citizen, our team is ready to assist you in choosing the best program and financial option that suits your needs and resources. We can also help with all the relevant administrative procedures and paperwork.

Please contact the team of our immigration and investment experts right now by filling out the clickable form or by writing to our e-mail address or contacting us in messengers. Please find the details at the top of this page. The first private online consultation is absolutely free.

How much does Montenegro second citizenship cost in 2022?

To obtain citizenship of Montenegro, an investor today is required to invest from €450,000, including €200,000 to be donated to the state fund. The rest of the amount is the refundable investment in the real estate project pre-approved by the authorities.

What jurisdictions offer passports to investors?

Similar products are offered today by about a dozen countries, mostly in the Caribbean. The list of relevant states includes Grenada, St. Kitts, Dominica, Antigua, St. Lucia, Vanuatu, Turkey, and Malta. Caribbean investor passports are considered the most affordable. The entry threshold for their registration is $100,000 + immigration agent’s fee and administrative fees (for screening and processing the application). Please consult our experts to learn more.

Our experts are ready to support you in every aspect of your journey to economic citizenship of Montenegro, or help you find an alternative that suits your needs and resources. Please contact us right now if you need more information.