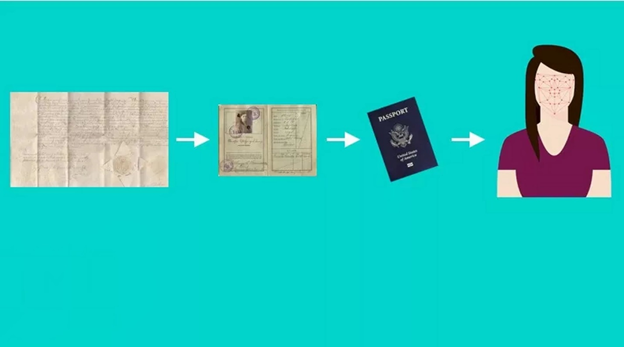 Is the concept of ‘passport’ going to become obsolete soon?

What does the future have in store for the passport? Is it going to cease to perform the functions of an identification document? There are some indications that it is. Then the question arises if you should invest into a second passport and/ or continue building your passport collection. Let us see if technological progress is going to have any bearing on the issue of acquiring the passport of a foreign country and second citizenship.

Is it legal to have passports of two or more national states? Citizens of most countries (though not all of them) are entitled to hold as many foreign passports as they wish. Acquiring a second passport via a citizenship-by-investment program can solve a number of problems. However, the paper passport as we know it may sink into oblivion soon.

Many years ago, the passport used to contain a verbal description of the holder’s looks and gave other information about him or her. With time, it has turned into a standardized document and now passports of many countries look similar.

Beginning 2005, electronic/ digital/ biometric identification documents started to go into use. By 2020, more than a dozen countries started issuing passports with electronic chips that contain the identification information including fingerprints and other biometric data.

Countries that grant their citizenship to foreigners in exchange for investment are at the front in this endeavor. They issue highly digitalized identification documents to their new citizens.

The face, the iris, and the fingerprints as identification ‘documents’

Experts claim that electronic/ biometric identification documents are more reliable than paper-based documents. It is expected that the passport digitalization will make the customs control procedures faster and more efficient. It is reasonable to believe that scanning the traveler’s fingerprints, iris, or even face will soon become a widespread method of customs control.

Instead of showing their passports to the customs officer, international travelers will be able to have their biometrics taken at home, and then they will be uploaded to an international server, which will give the foreign customs officer access to the newcomer’s identification information.

The World Economic Forum of 2015 saw a presentation of a program called Known Traveler Digital Identity (KTDI). This program allows identifying air passengers without the use of any paper documents. Instead, state-of-the-art technologies are used including blockchain, biometrics, mobile applications, and cryptography.

In January 2018, the Governments of Canada and the Netherlands made an agreement that allowed their citizens to travel between the two countries without any passports but with smartphones that carried their identification information.

The goal of this agreement was to accelerate the passage of the passengers through airports and to lessen the risk of false documents use. A mobile interface allowed travelers to carry around a digital identification document and choose who they wanted to share their personal information with. Is it not an ideal foreign passport? The program ran throughout 2019 and brought positive results.

Before arriving at the airport, the traveler had to give access to his/ her personal information to the air carrier and the customs officials. Serious measures were taken to protect the information through the use of cryptographic means. Besides, the data were stored not at a central database but at a blockchain register.

The identification information could be used only with the consent of the ‘digital passport’ holder. Thus, he/ she had full control over their personal information.

Use your smartphone an a second passport

Other countries have launched similar projects in an attempt to find more efficient ways of traveler identification. For instance, Dubai allows its citizens and legal residents to use smartphones as the main or second passports by downloading the UAE Wallet application.

Australia has also assigned 90 million dollars to a five-year Seamless Traveler program that has similar goals. A regulation was passed in 2015 that allows collecting biometric data of Australian citizens and visitors to the country.

The purpose is to make personal identification automatic, without any human actors being involved in the process. The authorities intend to ultimately collect a sufficient amount of peoples’ biometric data and put it in a cloud. This should make travelling without carrying the passport quite possible.

Japan, in its turn, has made use of a technology that recognizes people’s faces when they pass through the customs control. The Government officials explain that they hope that an automated personal identification procedure will allow simplifying the customs operations and will let the customs officers turn their attention to other issues.

However, even though these and other pilot projects have proved successful, there are serious obstacles on the way to digital passports/ biometric identification. In all likelihood, paper passports (with some digital elements) are going to continue to be used in the near future.

In addition to considerable financing that is required for the passage to digital passports, agreements on this issue between many countries need to be reached. In the contemporary world that is highly competitive and where every country seeks to promote its own interests at the expense of others, reaching such agreements is problematic indeed.

Thus, the modern tendencies should not put you off acquiring a second passport. Let us suppose that everyone will have an electronic passport at some point in time. It will remain a national identification document in any case. Thus, if your domestic passport (that you have in your smartphone) does not give you visa-free access to certain countries, acquiring a second (electronic) passport still makes good sense if it can give you visa-free access to these countries.

Other uses of digital identification documents

In addition to personal data, electronic devices such as smartphones can carry other kinds of information such as insurance policies and medical test results. The latter type of information is especially relevant in the times of the COVID-19 pandemic.

In China and Singapore, for instance, the citizens must download an application that will certify the absence of the virus when they try to enter a restaurant or a bus. In Chili, those who have overcome the disease are issued electronic certificates that confirm this fact. Such certificates automatically lift many restrictions for these people.

Thus, modern technologies certainly help us advance our security. On the other hand, if national Governments have very much personal information about their citizens, they may be tempted to use this information against the interests of the citizens, not in their favor. Besides, hacker attracts are everyday reality and this is one more threat to the development of the digital passport initiative.

It is obvious that the world is digitalizing at a very fast rate. Time will come when smart electronic passports will become usable and totally secure. Different technologies will be combined, and new ones developed to allow us to have the passports in our smartphones or some other devices that have not been invented yet.

Paper-based or digital passport: acquire a second one in any case

Whatever future awaits us, the need to build up a collection of foreign passports is not going to disappear until there are national states in the world. In the 21st century, acquiring a second passport is rather easy and there is some choice of countries that offer their citizenship to foreigners who bring some investments.

Which ‘investor’s passport’ is the most popular one?

The passport of Turkey actually sells better than others do. After the minimum required investment amount was reduced by 75% in 2018, the popularity of the Turkish citizenship-by-investment program grew significantly. According to the latest data, four thousand main applicants for Turkish citizenship obtained passports of the country between March and May of 2020.

Which ‘investor’s passport’ is the most affordable one?

Three countries in the Caribbean region sell their passports to foreigners for US$ 100,000. These are Antigua and Barbuda, Dominica, and Saint Lucia. The neighboring countries of Grenada and Saint Kitts and Nevis charge US$ 150,000. These are the amounts of donations to the state funds, that is, non-returnable investments. Making returnable investments in these countries is also possible but the required amounts are higher.

Can I ‘buy’ citizenship of a European country?

Yes, you can. EU member states of Malta and Cyprus run citizenship-by-investment programs but their prices are rather high. Montenegro may look a bit more attractive because it charges considerably less for its passport and the country is an official candidate for the EU membership. Montenegro is expected to join the Union in a few years. The number of foreign nationals who can apply for Montenegrin citizenship by investment is limited.

Please help us make the portal even more informative, up-to-date, and valuable for you and your business. Отмена
Register a Company in Panama
27 Jan 2022
Register an S.A. in Panama now
27 Jan 2022
Set Up an Offshore Company in 2022. Choose the Right Jurisdiction
26 Jan 2022
Bank Accounts in Dubai for Foreigners: How to Set Up
25 Jan 2022
Book Assistance in Selecting the Company Type for Registration in UAE
25 Jan 2022
Book Assistance in Bank Account Opening in the UAE
25 Jan 2022
Set Up an IBC or an LLC in Belize. Apostille and Professional Officers’ Services
25 Jan 2022
The list of Montenegro Passport Visa-Free Countries and Visa-On-Arrival Destinations
25 Jan 2022
Where and How Do Individuals Open Personal Accounts With Foreign Banks Remotely?
25 Jan 2022
LLC or IBC Redomiciliation from the Marshall Islands to Gibraltar
24 Jan 2022
Open Personal Accounts in Cyprus, Without In-Person Visits (Bank of Cyprus)
24 Jan 2022
Planning to Move to Montenegro under Citizenship By Investment Program: How-To Tips
24 Jan 2022