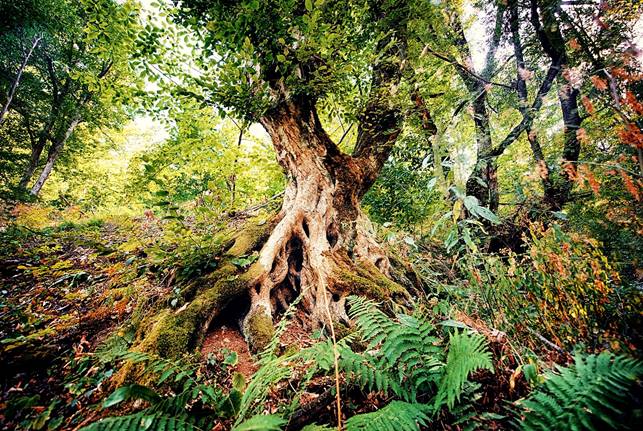 How can citizens of Georgia obtain a second citizenship of Armenia?

Year 2020 provides new opportunities to the non-residents of Armenia to obtain citizenship on the basis of international treaties which permit dual citizenship. A large number of ethnic Armenians living in other countries, including Georgia, plan to either return to their historical homeland, or at least re-establish links with the land of their ancestors which is manifested in the intention to apply for Armenian citizenship by citizens of Georgia and other countries of Europe, the USA, the Baltic States and the CIS.

Our company Offshore Pro Group is prepared to provide professional assistance to the residents of other countries, as well as accompany the applicant for an interview at the immigration service. Let us try to figure out in detail what methods of obtaining an Armenian passport exist in 2020, and how to become a citizen of Armenia using a simplified procedure.

Second citizenship of Armenia to citizens of Georgia – methods of registration

Foreigners wishing to obtain an Armenian passport and become a full-fledged resident of the country should remember that belonging to ethnic Armenians must be documented. A birth or baptismal certificate can serve as such proof; a passport is not issued based on the Armenian surname or excellent knowledge of the Armenian language.

Georgian citizens can obtain a second citizenship of Armenia in the following cases:

The second citizenship of Armenia for citizens of Georgia is a fairly simple and straightforward procedure for the naturalization of foreigners, especially for business immigrants. According to the new law, when investing in the economy of the state, a business owner or investor has the right to obtain an Armenian passport according to a simplified scheme – an application is submitted to the office of the Prime Minister. In this case, the applicant does not need to pass the knowledge test of the Constitution and the Armenian language.

However, there is a possibility of restoring the citizenship of Armenia, if earlier the parents of such children had the status of a citizen of Armenia. The procedure is initiated if the foreigner previously was the national of the country, but for some reason was forced to renounce it.

Second citizenship of Armenia for citizens of Georgia – why is it attractive to establish a business presence in Armenia?

It is worth noting that today Armenia attracts ethnic Armenians and businesspeople by its low cost of living and abundant economic and technological opportunities. In 2020, the country has every chance of becoming an advanced state in terms of GDP growth and economic performance among European countries.

The reforms implemented and planned increase the interest of foreign investors in a country which is committed to ensure protection of investors’ assets and significantly reduce the tax burden on international or local business. Armenia is often viewed as the last stronghold in the world of non-resident banking, a country where confidentiality is still maintained and a kind of “safe harbor” where you can hope for protection from economic and political persecution.

Unlike most European countries, where high taxes “rule” and the naturalization procedure is quite challenging, a second Armenian citizenship for Georgian citizens can be obtained in about 45-50 days after registering their own business in the Armenian jurisdiction. This type of naturalization is called “for special merits” to the state, applications for obtaining an Armenian passport are submitted to the office of the Prime Minister of Armenia and are considered by the President.

Another important point is that Armenian legislation envisages a mandatory work permit for foreigners wishing to work in the country. Of course, there are some exceptions, but when attracting or transferring specialists from foreign companies, the employer is obliged to ensure a work permit for these employees. However, in case of registration of a business in Armenia, owners, managers and shareholders of the company are not required to draw such a permit.

Registration and collection of documents depends entirely on the type of citizenship that the applicant aims to obtain. If a citizen of Georgia wishes to obtain Armenian citizenship by origin, in addition to the standard list of papers (see below), he / she provides a certificate of birth or baptism, which will confirm his/her Armenian origin.

It should be borne in mind that contacting the embassy or consulate entails a long processing time for the application – a certain period of time will be spent on sending documents back and forth twice between Armenia and Georgia. Given the proximity of the two states, it is easier for residents of Georgia to visit Armenia and submit documents directly to the immigration service.

Below is a step-by-step walkthrough of the process of acquisition of Armenian citizenship by Georgian citizens:

It is important to know that even when citizens of Georgia apply for a second citizenship of Armenia through the consulate/embassy, ​​the passport is issued only on the condition of personal presence of the citizen. We recommend that you secure legal support at the interview stage with the Immigration Service, which will greatly simplify and speed up the paperwork.

Also, Georgian citizens need to bear in mind that all children under 18 years old can obtain a second citizenship of Armenia on the basis of family reunification. Children over 18 years old must apply independently, separately from their parents.

Second citizenship of Armenia for citizens of Georgia – list of documents

As indicated above, the list of documents for obtaining a second citizenship of Armenia for citizens of Georgia varies depending on the method selected. If we are talking about a simplified procedure for obtaining a special residence status for a period of 10 years with a Special Passport, the application is not submitted to the immigration service. Bypassing all interdepartmental structures, a foreign businessperson has the right to submit documents to the office of the Prime Minister directly.

Under the standard procedure for obtaining RA citizenship, residents of Georgia must submit:

Of course, most citizens of Georgia are interested to know – how long it will take to stay in Armenia to obtain citizenship and an Armenian passport. Standard time frames may vary for individual reasons. The approximate processing time is as follows:

If you plan to reduce the time spent in the country, citizens of Georgia can apply for a second citizenship of Armenia according to an accelerated procedure. More precisely, get an Armenian passport by paying the expedited issuance fee. It is:

In addition to the above state duties, residents of Georgia also pay:

The legislation of Armenia does not provide for the mandatory registration of the address of residence in Armenia, this is carried out upon applicant’s discretion and based on their own request. In this case, documentary evidence of residence in Armenia is required, which can be in the form of a certificate of ownership of real estate, a lease agreement, the owner’s consent to registration, etc.

Second citizenship of Armenia to citizens of Georgia – advantages and opportunities

Armenia is becoming increasingly attractive for doing business as well as for relocation for permanent residence, with a unique combination of local traditions with tremendous technological, innovative and economic opportunities. An important point which should be specifically pointed out is the permission for the country’s residents to acquire agricultural plots. While residential or commercial real estate can be acquired by non-residents as well, the right to buy land belongs only to residents of the Republic of Armenia.

The second citizenship of Armenia for citizens of Georgia also provides the indisputable benefit in the form of additional access for your products / goods / services to a new market with more than 500 thousand consumers; since 2015 Armenia has been a member of the Eurasian Economic Union. And the presence of free economic zones with ready-made infrastructure, including those with state registration of enterprises, will reduce the cost of company maintenance.

Some of the other attractive aspects of Armenian citizenship for Georgian citizens include:

If you are interested in obtaining RA citizenship with further registration of any kind of passport or identity card, write to our lawyers at info@offshore-pro.info.

Our experts will help you to obtain Armenian citizenship and become full-fledged residents of a prosperous and developing country in the South Caucasus. We will also be happy to be of assistance in other areas, in particular – registering a business, opening bank accounts, purchasing and registering real estate, opening entry visas and obtaining a residence permit in Armenia.

How can citizens of Georgia obtain Armenian citizenship?

The country  provides for the registration of citizenship under the following programs:
· for capital investments in the country’s economy (investments);
· Georgian citizens with Armenian roots (ethnic Armenians);
· by established marriage with a citizen of Armenia, upon the condition of joint living for more than 2 years;
· by settlement – after 5 years of permanent residence in the RA;
· by restoring citizenship that was formerly renounced.
Dual citizenship is allowed in Armenia, so Georgian citizens do not have to renounce their current citizenship in order to acquire Armenian citizenship. A second passport is also legalized in Georgia, and the applicant can have two passports at once – Armenian and Georgian, and use any of the documents convenient for traveling.

How long does it take to obtain Armenian citizenship and passport?

The specific timeframe depends on the completeness of the package of documents for submission to the migration service. If they need legalization and translation into Armenian, preparation by relevant experts will take from 1 to 3 working days. A time period of 4-6 months is considered the standard for processing the application for citizenship. In case of citizenship by investment, the timing may be expedited. It will take up to 5 working days to submit an application for an Armenian passport and to have it considered. Further, men under 50 must register with the Armenian military service (1-2 working days), after which they must wait about 21 days for issuance of an Armenian passport. The deadline can be shortened by paying an expedited state fee for issuance.

Do men need to register for military service after obtaining Armenian citizenship?

This requirement is a prerequisite for men under the age of 50. Note that conscript military service applies to males from the age between 18 to 26. If the applicant has already served in the country of origin, an appropriate document is submitted to the military department, which exempts from the obligation to serve in the army. Men over 50 do not need to register with the military. Those who do not plan to undergo military service in the RA army can move to Armenia and obtain citizenship upon reaching the age of 26. Upon release from military service for medical reasons, a supporting document should also be submitted to the RA military agency.

Please help us make the portal even more informative, up-to-date, and valuable for you and your business. Отмена
Register a Company in Panama
27 Jan 2022
Register an S.A. in Panama now
27 Jan 2022
Set Up an Offshore Company in 2022. Choose the Right Jurisdiction
26 Jan 2022
Bank Accounts in Dubai for Foreigners: How to Set Up
25 Jan 2022
Book Assistance in Selecting the Company Type for Registration in UAE
25 Jan 2022
Book Assistance in Bank Account Opening in the UAE
25 Jan 2022
Set Up an IBC or an LLC in Belize. Apostille and Professional Officers’ Services
25 Jan 2022
The list of Montenegro Passport Visa-Free Countries and Visa-On-Arrival Destinations
25 Jan 2022
Where and How Do Individuals Open Personal Accounts With Foreign Banks Remotely?
25 Jan 2022
LLC or IBC Redomiciliation from the Marshall Islands to Gibraltar
24 Jan 2022
Open Personal Accounts in Cyprus, Without In-Person Visits (Bank of Cyprus)
24 Jan 2022
Planning to Move to Montenegro under Citizenship By Investment Program: How-To Tips
24 Jan 2022