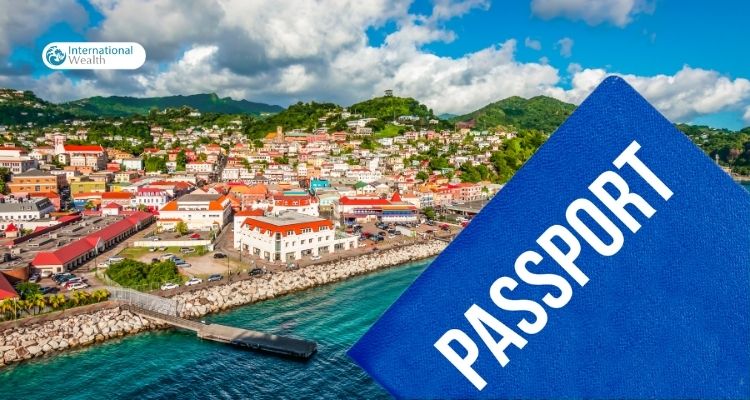 Grenada Passport: Why you should think of a foreign citizenship

Is your goal to obtain a U.S. green card?  The easiest solution (short of marrying an American) is to choose citizenship for investment (Citizenship by Investment; CIP). For example, in Grenada, which has friendly relations with the United States these citizens are given preferential treatment for the registration of investor visas in the United States. Read more “Economic Citizenship of Grenada.”

Yes, Grenada is incapable of being compared to the United States in terms of economic power and political influence. But in terms of quality, comfort and safety – life in Grenada is wonderful.

In addition, Grenada’s citizenship and the related passport  can be obtained in 3-4 months by naturalization under the Grenada Citizenship by Investment program (whereas in the U.S.,  the right to citizenship can be claimed only after 5 years of residence). And obtaining Grenada citizenship by investment can be done remotely by investing low six figures in the local economy.

Commencing in 2020, a Grenada passport can be obtained through a return investment (minimum $220,000) in real estate approved by local authorities. And you can even choose the resort of an eminent brand with the right to resell in 5 years, keeping the passport of Grenada. For example, the Silversands brand offers such an opportunity.

As a further benefit, Grenada real estate prices are appreciating in value at a steady rate.

The EB-5 visa program was partially suspended on January 19 2020. The U.S. Senate and House of Representatives rejected the federal government’s proposals to extend the EB-5 program in full, partially suspending the scheme until further notice.

Going forward foreigners can still invest their money under the EB-5 program. However the investment is now a minimum of $900,000 and is targeted in specific development projects in the United States, or at least $1.8 million in arbitrary U.S. projects.

But the U.S. authorities will begin to issue such investors the 2-year green cards, as well as to change temporary green cards to permanent only after obtaining re-authorization for the EB-5 scheme from the U.S. Congress.

There are still no large queues for green cards in the U.S. under the EB-5 scheme

Anyone choosing between U.S. citizenship under the EB-5 scheme and investing in the Grenada passport  should be aware that when the EB-5 program was still operating as normal, it was characterized by a very long processing of applications.

At one point, the EB-5 waiting list reached a mark of 30,000 applicants. Unsurprisingly, the processing time for EB-5 investors through regional centres has also reached record levels. At the end of last year, the figure was 27 months. This is the maximum for the entire time of this scheme.

For people considering  investing in a Grenada passport  as an alternative to the U.S. green card and the registration of U.S. citizenship through naturalization, consider the latest data from the United States Citizenship and Immigration Service; USCIS):

These figures show that the average time for processing EB-5 applications through investments in regional centres (Form I-924) reached an astounding 834 days (or 27.3 months) by the end of October 2017.

The average processing time for I-829 applications, which the investor submits after the expiration of the two-year conditional residence permit, to obtain permanent residency (green card), is not much lower. Now the applicants are waiting about 29 months for a decision.

USCIS functionaries usually process forms in order to receive them. Currently, the bureau processes applications for forms I-526, I-829 and I-924, received in September, October and November 2015, respectively. Much to the chagrin of U.S. developers and other businesses attracting capital from abroad through the EB-5 scheme, the long wait for approval (rejection) of applications means that it becomes increasingly difficult for them to attract funding through EB-5.

Queues may arise: those who have invested in the U.S. will shift their attention to Grenada

Experts do not rule out that in the near future impressive queues  may begin to line up. The reason being that foreigners who invested in U.S. green cards after the suspension of the EB-5 scheme are likely to mostly shift their focus to Grenada.

According to analysts, additional demand for the Grenada passports is expected to generate an influx of Vietnamese, Brazilians and Chinese – the target audience of EB-5.

Most of all will be invested by the Chinese. According to USCIS data for fiscal year 2017, investors from China dominated among the participants of the EB-5 scheme. They accounted for 75 per cent of the total number of applications. But visa issuance to the Chinese fell by almost 20%, falling to 7,567 against the 2014 peak (9,128), when the Chinese market accounted for 85% of all applicants.

Vietnam is officially the next major market for the EB-5 scheme. The number of investor visas issued to Vietnamese has increased by an average of 80% during each fiscal year since 2013. With 471 visas issued to Vietnamese under the scheme in fiscal 2017, Vietnam has become the second-largest market after China, accounting for nearly a quarter of all non-Chinese investors in EB-5.

The interest of Brazilian investors with the EB-5 scheme has grown rapidly since 2015. The political upheaval, corruption scandals and economic downturn that have marred life in Brazil over the past few years help explain why the number of Brazilians granted EB-5 visas has doubled in the past year and has risen tenfold since 2013.

Against the background of these facts, it is time to seriously think about issuing a passport from Grenada. 2020/2021 promises to be even more successful for the local CIP than previous years. At least in terms of the influx of investors.

If EB-5 resumes, Grenada citizenship will remain attractive at least due to low taxes

In early 2018, the U.S. Congress also finalized a bill on tax reform (HR 1) finalized by the House and Senate. This bill makes the most sweeping changes to U.S. tax policy in 30 years. The reform will affect, among other things, corporate and personal income tax.

How can THE HR 1 bill affect the EB-5 program if it is fully operational? Is it worth to forget about this scheme and invest in Grenada’s passport , based on tax considerations?

The views of experts on this issue are still very divided. Some of them believe that after the implementation of the tax reform, the U.S. will finally switch to a system of taxation based on residency (rather than on the basis of citizenship), which will be beneficial to all foreigners who want to obtain citizenship through naturalization in the United States. Others see such changes as a direct contradiction to attempts to reduce the erosion of the tax base, expecting that the American authorities will not do so.

For EB-5 visa holders receiving income from abroad, there will be no change in the exemption from the taxable base of earned income from foreign sources, which is set at $102,100 per person this year.

It is also important to remember that before tax reform such businessmen could create a foreign corporation to delay the accounting of their income above the amount of exemption for an indefinite period. But a new tax bill put an end to that practice.

You cannot lose Grenada citizenship for debts to tax authorities, unlike U.S. citizenship

An additional reason to issue a Grenada passport in tandem with U.S. residency (without U.S. citizenship) is the opportunity to lose your U.S. passport for debts to the tax authorities, negating efforts to issue it.

In January 2018, the Internal Revenue Service The IRS has officially announced its intention to begin applying its passport revoking powers to U.S. citizens who owe U.S. tax authorities more than $51,000 in taxes and fines.

Fixing America’s Surface Transportation Act; Fast Act, signed in December 2015, requires the IRS to notify the U.S. State Department of those taxpayers who have “serious tax arrears.” The State Department will then begin to sanction such persons: denying a passport or requesting an extension of the document or even revoking existing passports.

Against this background, the prospect of Grenada’s passport  looks even more attractive to obtaining U.S. citizenship through 5-year naturalization with the possibility of losing it at one point because of tax debts.

Grenada’s passport  entitles its owner to visa-free travel to many countries like Schengen and the UK. These are all standard options for U.S. citizenship. But at the same time, Grenada’s passport  also gives a unique bonus in the form of visa-free China, which does not exist and will not be in the foreseeable future with the American document.

Income tax in Grenada for resident individuals and non-residents is calculated only from income generated in this country. At the same time, there are no taxes on capital gains, inherited property and donation. The real estate tax is calculated at a rate of 0% to 0.5% depending on the intended use of the asset.

Living in a country without an army

Grenada is not an aggressor or an enemy around the world. In fact, there is no army, which makes it impractical to collect taxes on the maintenance of a huge military machine – another argument in favor of getting a Grenada passport.

E-2 Investment Visa in the U.S. Without Fiscal Residency

By obtaining a Grenada passport, you will be able to obtain residency in the United States through an E-2 investment visa without the need to become a tax resident of the United States, which can lead to an increase in the fiscal burden.