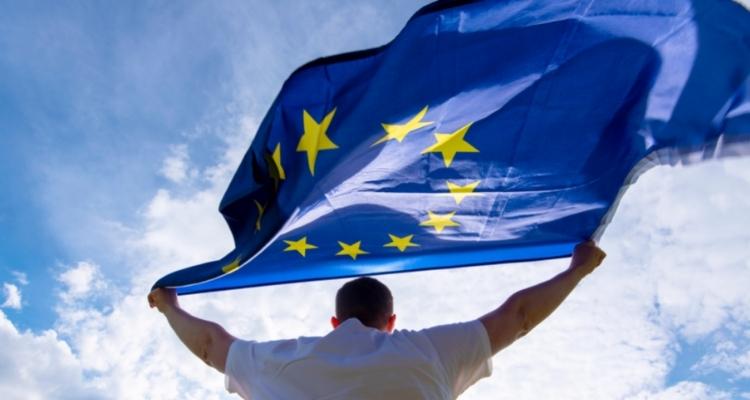 Citizenship by investment: all available options

Many EU states provide passports to children and even grandchildren of their citizens, but when it comes to great-grandchildren and more distant relatives, the list is noticeably narrower. We will take a look at the top 9 offers of European citizenship by descent, as well as more expensive but effective citizenship by investment option.

EU citizenship is considered one of the most prestigious and desirable in the world. It provides free access not only to the country that issued it but also to 31 European jurisdictions: all 27 EU countries + 4 members of the single European market (Norway, Switzerland, Iceland, Liechtenstein). An EU citizen receives the right to permanently reside and legally work on the territory of any state that is part of this union.

For example, a Swedish citizen has the full right to permanently reside and work in Lisbon, Vienne, Munich, or Rome – like any citizen of Portugal, Austria, Germany, or Netherlands, respectively.

The high value of EU citizenship is not something purely hypothetical. It is confirmed by the relatively high price of acquiring a European second passport in countries with citizenship by investment program.

The tiny Mediterranean island jurisdiction of Malta is the only EU country that allows sufficiently wealthy foreigners with a spotless reputation to buy citizenship directly. It receives hundreds of applications from investors every year. HNWIs are ready to spend a minimum of EUR 700,000 (usually closer to EUR 1,000,000 as applicants tend to include family members in their applications) for the privilege of acquiring EU citizenship.

Maltese officials learned from colleagues in the Caribbean, where the citizenship by investment industry was born about four decades earlier. Nowadays, five Caribbean island nations offer citizenship by investment or making a non-refundable financial contribution. Prices are several times lower than in Malta, and citizenship holders receive visa-free access to the European Union with the right to stay in European countries for three months during a half-year.

Montenegro is not yet a member of the EU but plans to join this bloc in the middle of the decade. It also issues so-called ‘golden passports’ (another name of citizenship by investment program) to foreigners, but they cost 3-5 times more than in the Caribbean states, also offering visa-free access to the Schengen zone. The reason for setting such a high price lies precisely in the prospect of the EU membership.

In addition to granting the holder the right to live, work and rest in one of the world’s most developed, wealthy, and democratic regions, the EU passport additionally differs from most other identification documents by providing visa-free access to most other countries. Their list includes the USA, Canada, Australia, Japan, Great Britain, etc. The EU countries consistently dominate passport rankings by allowing holders of their ID documents to travel visa-free (or visa-on-arrival/e-visa) to 180+ countries and territories.

Since the attraction of the EU citizenship is undeniable, investors from all over the world willingly spend vast sums of money to obtain the coveted status of a European citizen. Of course, you can try to save money and start a multi-year naturalization process, but economic citizenship programs, such as the Portugal Golden Visa program, are much faster and more convenient.

At the same time, another possibility is often overlooked by applicants for a European second passport. Quite a lot of people in the world have the right to obtain EU citizenship practically free of charge due to European origin. However, only a small part of the persons with the right to obtain European citizenship by descent took advantage of this option. There are two fundamental reasons for this:

Among the 31 countries in the European Single Market, 17 offer citizenship to grandchildren, great-grandchildren, and, in some cases, even more distant descendants of their own citizens. We will look at 9 EU/SEM countries that offer citizenship to descendants of their citizens with at least third-generation kinship (i.e., those whose great-grandparents were citizens).

Before proceeding to the consideration of the relevant European countries, we note that, unfortunately, not all people can apply for citizenship by descent in the European Union without many years of naturalization due to the lack of relevant family ties.

But an equally quick and simple alternative is available for obtaining a second passport. We are talking about the previously mentioned Caribbean economic citizenship. A Caribbean passport is issued entirely remotely and requires relatively modest investment (the entry threshold is USD 100 thousand + administrative fees and an immigration agent’s fee). At the same time, it entitles you to visa-free visits to the Schengen countries + Great Britain, as well as several other bonuses in tax planning, banking, and more. Here are all the available options with unique features of each program:

In other words, the candidate can undergo accelerated naturalization and become Bulgarian, even if several generations of the candidate’s ancestors did not have Bulgarian citizenship. It is enough to prove that at least one ancestor was a Bulgarian.

Hungary has approved more than 1,000,000 applications for citizenship by descent since the relevant legislation was amended in 2010. These amendments allow instantaneous granting of citizenship to foreigners of Hungarian descent without the need for prior residence for any lengthy period or proof of Hungarian language proficiency.

Among the 3,000,000+ ethnic Hungarians not living in the EU, almost 2,000,000 live in North America. Many descendants of Hungarians also live in a number of countries like Serbia, Israel, and Ukraine.

Ireland’s citizenship by descent rules are among the most liberal in the world. Therefore, the route to the European second passport proposed by Irish law is considered one of the most popular. A straightforward fact attests to the route’s popularity: although the island nation’s resident population is only 5,000,000, there are over 15,000,000 Irish passports in circulation.

Even if the applicants’ grandparents were not born in Ireland, they are entitled to apply for Irish citizenship by descent, proving the presence of a great-grandmother/great-grandfather from Ireland in the family tree.

Italy is ready to grant citizenship to a foreigner who can demonstrate Italian origin. The number of generations separating the applicant and the Italian ancestor is practically irrelevant.

The processing of applications, even in the most loaded diplomatic missions (embassies/consulates) that receive the largest number of applications, takes a maximum of two years. The reason is a well-known series of legal proceedings, following which the Italian court in Rome ruled in favor of the applicants, who had been waiting for the officials’ decision for more than two years. The announcement of the court order led to the immediate granting of citizenship to the plaintiffs.

Members of Latvian ethnic groups and descendants of people expelled from Latvia during the wars have the right to apply for Latvian citizenship by descent. In practice, relevant local laws allow for a wide range of ways to satisfy citizenship requirements. There are no specific restrictions on the degree of relationship. Therefore, the presence of even very distant Latvian ancestors makes it possible to meet the requirements.

It is allowed to claim Lithuanian citizenship by descent if you have at least one citizen of the Republic of Lithuania (existed from 1918 to 1940) among the ancestors, including great-grandparents or an ancestor who left Lithuania in the period preceding the country’s re-independence in 1990.

Having a parent, grandfather, grandmother, or even an earlier Luxembourgish ancestor (in the latter case, only on the paternal side) allows you to apply for citizenship by descent in Luxembourg. To qualify, the applicant must provide an ancestor’s birth certificate or other relevant documentation, usually available upon request from the public archives of Luxembourg.

Luxembourg is a tiny country with only about 600,000 million people. The size of the foreign Luxembourgish diaspora is quite limited. There are fewer than 100,000 people of Luxembourgish origin outside this European jurisdiction.

Poland offers citizenship by descent to foreigners who can demonstrate the presence among the ancestors of Polish citizens who had this status during/after the founding of the Second Polish Republic in 1919. The legislation does not limit the number of generations separating the applicant and the Polish ancestor.

Foreigners whose ancestors were born in former Czechoslovakia on the territory that today belongs to the Slovak Republic are entitled to apply for accelerated naturalization in Slovakia and, as a result, citizenship of the European Union.

Experts estimate that 800,000 Americans concentrated in Ohio, Pennsylvania, New York, and West Virginia, as well as about 700,000 descendants of Slovaks scattered around the world (in countries outside the EU), can qualify for Slovakian citizenship by descent.

Investment citizenship of the EU member or candidate country

Are you looking for an addition or replacement for your home country passport? There is a chance that you can get instant European citizenship by descent. But even if this is not the case, you can get a second passport in Europe or outside the continent relatively quickly and easily by making an investment. A free introductory consultation with our experts will help you take the first step toward your goal.

Contact our team for a personalized consultation by sending a request to one of the above phone numbers or via the feedback form (we recommend you to specify an email for a guaranteed response, regardless of the circumstances)!

Is it possible for a great-grandson of an EU citizen to acquire EU citizenship by descent?

Yes, this is entirely possible. Moreover, this route to the European passport was opened by several states at once, including Bulgaria, Hungary, Ireland, Italy, Luxembourg, Poland, and Slovakia.

This option is available in Montenegro, Turkey, and Malta.

Who can help get European citizenship?

Our team of experts will assist in obtaining European citizenship by descent/naturalization/investment, providing full support, regardless of the chosen migration route. Contact us in any convenient way to find out details.