If you have a pressing need to open an individual or a corporate bank account abroad as soon as possible, please place a request for a personal consultation to: info@offshore-pro.info.

May 29, 2020 Second Citizenship and Passport

Do you want better protection against coronavirus? Acquire Malta citizenship by investment!

When applying for Maltese citizenship in exchange for investment, you acquire the most secure health insurance policy that is vital during the pandemic. Malta is spending the largest share of its GDP on combating the health-related and economic consequences of the COVID-19 disaster. Besides, foreign nationals obtaining citizenship of Malta by investment make direct contributions to the fight against the coronavirus.

“What national citizenship-by-investment program will grant visa-free access to the USA?” This is one of the questions that our well-to-do clients often ask when contemplating ‘buying’ a second passport.

We have to answer that there is only one such country in the world and it is Malta. It has been part of the American VWP (Visa Waiver Program) for many years now. No other country offering citizenship for money participates in this Program.

Malta joined the VWP in 2008 and acquiring citizenship of this country should look especially attractive to those who would like to visit the USA often on business or holidays. The Maltese passport allows staying in the United States for 90 days without a visa.

Is it worth investing into Malta citizenship? The high cost is justified even in the times of the pandemic!

It is important to note that the COVID-19 pandemic and the global lockdown have made wealthy investors reconsider their priorities. When choosing what foreign passport to buy, they are not concerned so much about the number of visa-free destinations that will come with the new passport. Instead, they want to know how secure the healthcare system in the country is and how well its government handles the economic and social problems that have arisen due to the coronavirus pandemic.

Malta is among the leading countries, as far as these issues are concerned. The BBC has published the results of a research carried out by the experts from Columbia University, NY, USA. According to their data, the Maltese Government has spent around 22% of the country GDP on supporting the national economy that is suffering from the coronavirus-related downturn.

The research provides the figures for 166 countries in total and Malta ranks first on the list. No other country in the world has allocated a larger share of its GDP to the fight against the coronavirus consequences.

The graph shows that Japan, Luxemburg, and the USA are also at the top of the list but these countries do not run national citizenship-by-investment programs. At the same time, the researchers note that the countries would be ranked differently if non-budgetary expenditures such as lowered interest rates on bank loans had been taken into account.

According to the IMF data, national governments have already allocated the equivalent of four trillion euros to the measures aimed at combating the consequences of the COVID-19 pandemic. It is believed that we are to face the worst economic crisis since the 1930s and this makes national authorities take extraordinary steps in order to stimulate the falling economies.

The Maltese Government in particular has undertaken to subsidize the private companies that have suffered greatly from the coronavirus, among other supportive measures. Up to 800 euros per each private company employee will be paid from the state budget. The employers who have had to lay off staff due to the pandemic will qualify for this government assistance in they hire the people back.

The Maltese Government has resolved to use a larger portion of the funds coming from foreign investors who ‘buy’ the passports for the fight against COVID-19 consequences. The new № 161 bill from May, 2020 introduced amendments to the Malta Individual Investor Programme (MIIP) that had been regulated by the № 47 bill from 2014 before.

Prior to the passage of the amendments, 70% of the money acquired by the Maltese Government from the  MIIP participants (the non-returnable donations that the latter made) had been allocated to the  National Development and Social Fund (NDSF). This welfare fund was established in 2014 and it serves social interests in such spheres as education, scientific research, innovations, and the like.

The remaining 30% used to go to the Consolidated Government Fund that can be thought of as the Government’s ‘current account’ used to cover the everyday costs. In accordance with the Constitution of Malta, this Fund is the one where all incomes to the national budget are accumulated.

Since May this year after the amendments were passed, the division of the citizenship-by-investment program funds looks as follows:

This change of priorities has obviously been caused by the COVID-19 pandemic and the need to take measures against it. The Government officials who initiated the passage of the amendments openly assert that the money that the MIIP generates is crucially important for the compensation of the economic slowdown in Malta triggered by the COVID-19.

It is expected that the regulations will remain in force at least until the pandemic is over. At the same time, the authorities emphasize that these measures are only temporary.

According to the official data, the Maltese Government had received around 800 million euros from the MIIP as of the end of June 2019. As of March 2020, Malta had 600 million euros in the NDSF that was generated by the Programme.

How can you acquire citizenship of Malta by investment?

All candidates for citizenship of Malta in exchange for investment have to undergo very serious security checks when applying to the MIIP. The Maltese authorities diligently inspect the sources of income that the prospective candidate has as well as the members of his or her family do. Citizens of the US-sanctioned countries are not eligible to apply for citizenship of this Mediterranean state.

Due to the fact that the MIIP receives wide coverage in the mass media and that the EU authorities are not particularly happy with Malta granting citizenship to foreign nationals, the local authorities have to handle the matter with great care. They seek to ascertain that every candidate for citizenship is a law-abiding and trustworthy person. It has to be noted that other national states that run citizenship-by-investment programs are not so tough on the applicants.

You have to bear in mind that approximately one third of all applications for Maltese citizenship is rejected by the immigration authorities. You also should know that when you apply for citizenship of Malta, more than twelve months are going to pass before you can obtain the investor’s passport.

Please also remember that the total required investment amount exceeds 880,000 euros if you apply for citizenship of Malta via the MIIP. First, you have to make a non-recoverable donation of 650,000 euros to the NDSF. Second, you have to invest 150,000 into government bonds (this investment can be returned after five years). Third, you have to spend at least 80,000 over five years on the rent of residential accommodations in Malta. You can also purchase real property in the country but this is possibly going to cost more than 80,000 euros. In addition to that, you will have to cover the cost of the services that a licensed immigration agent provides to you and pay the state duties.

There is a less expensive alternative, however. If you are prepared to live in Malta for five years and probably learn the Maltese language, you can acquire a ‘golden visa’, which is a permanent residence permit in the EU. The price of the Maltese golden visa is 125,000 euros. After five years of permanently residing in Malta, you will become eligible to apply for full citizenship of the country via naturalization.

Would you like to learn more about the Malta Individual Investor Program? Please contact us via e-mail info@offshore-pro.info or live chat or Whatsapp. Our consultants will be happy to answer all the questions concerning Malta citizenship by investment that you might have.

How much does Malta citizenship cost?

Citizenship of Malta will cost you 880,000 euros minimum plus the state duties and the immigration agent’s fees. Yes, it is quite a large sum of money. But citizenship of an EU member state brings colossal benefits including visa-free access to the United States, among other things.

The Maltese legislation does not prohibit dual citizenship. All restrictions were abolished in 2000. However, when applying for citizenship of Malta – via investment, marriage, or naturalization – you have to check with your home country authorities if they allow dual citizenship. In case they do not, you may have to renounce your original citizenship when becoming a citizen of Malta.

How does the healthcare system in Malta work?

Malta has both a state healthcare system and a private one. State medical services are mostly free while the services of private doctors have to be paid for or covered by the health insurance policy. The Maltese Department of Health recommends that the foreign nationals arriving to Malta should buy private insurance policies. 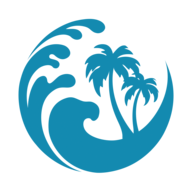 Install this InternationalWealth.info on your iPhone

and then Add to Home Screen