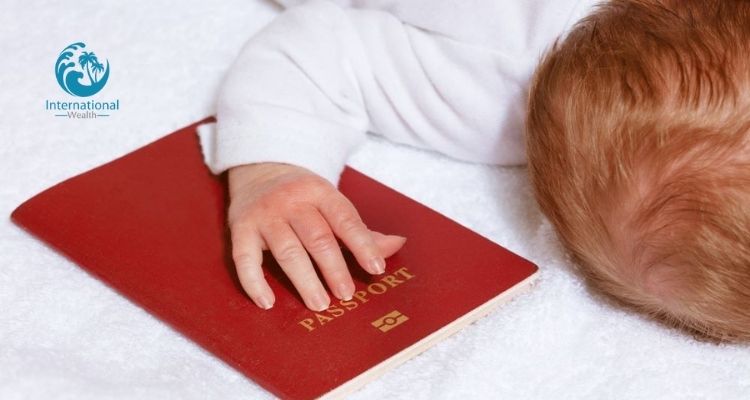 Future parents are becoming ever more strategic about when and where they plan to have their children born. It has never been a more critical time than now to have multiple citizenships and passports in a world filled with not only visa requirements but restrictions based on your passport. This has been the case globally, even if you do not live in the country of your origin, a fact greatly highlighted by the pandemic.

There is no coined concept as yet, but “tourist births” could become the next big strategic move for a second citizenship or residency through your child’s birth. Private “Tourist Birthing” companies are setting up offices in countries that follow the principle of “Jus Soli” and are offering a completely new tourist attraction to future parents.

Providing your child with second citizenship at birth could be a key differentiator for their entire future, giving them access to better healthcare, education, and social life by having immediate rights as a citizen. This would probably be one of the more significant selfless acts a parent will endure during their life, but one which provides great rewards for their child.

The concept of “Jus Soli” (birthright citizenship) is a policy whereby a child is granted citizenship by the country they are born in. This right to citizenship is automatically awarded to the child, regardless of the parent’s immigration status in the country. In many cases, it does prevent the child from being born stateless.

Although about thirty countries worldwide follow birthright citizenship, many of those countries have a date of birth requirement to obtain citizenship. In the case of most Caribbean islands, if you were born on the island before independence, you would automatically receive citizenship. However, this is not the case today (after independence), as a parent would need to be a citizen for you to become a citizen at birth.

In most European countries, an immigrant’s child is not entitled to citizenship. In the United States and Canada, the child can only receive citizenship after reaching a certain age and fulfilling a few additional requirements. There are a few countries that have continued to allow birthright citizenship. Subsequently, the parents would obtain fast-tracked permanent residency and time to naturalize as a citizen.

Chile follows the Jus Soli principle, where any child is an automatic citizen by birth. This process is legal and provides a route for parents to obtain permanent residency and citizenship after fulfilling the necessary time requirements for naturalization and passing a Spanish language test. As a resident, you have the right to live, work, and study in Chile.

The Chilean passport is one of the most surprisingly strong passports globally, currently ranking in the top twenty according. A citizen traveling on a Chilean passport has visa-free access to the United States (US), Canada, the United Kingdom (UK), Japan, the European Union (Schengen), Russia, and many more.

The strategic move to have your child in Chile could be the first step of future potential citizenships, more specifically in the European Union (EU). Chile and Spain have an agreement offering Chilean citizens fast-track naturalization.

If you then decided to move to Spain with your child, they would be eligible to apply for a Spanish passport after two years of residency and passing a Spanish language test This is significantly short compared to the usual ten years of residency naturalization requirement. After acquiring citizenship, they would be free to live, work and study in Spain, but anywhere within the EU.

Chilean citizens are free to move to any country within Mercosur to work, live or study. Mercosur is comparable to the European Union and allows freedom of movement within many South American nations. In most cases, after one or two years of residency, a Chilean citizen would be eligible for citizenship of any country they move to who also follow Mercosur.

Brazil is probably one of the top destinations for tourism births. Any child born in the largest South American nation is eligible for Brazilian citizenship. One of the most attractive factors for having your child in Brazil is the ability to apply for “residency of the indefinite term” as a parent. This can be done while holidaying in Rio’s Copacabana or camping in forest camps of the Amazon.

After obtaining residency by submitting your child’s birth certificate and copies of passports, you will be eligible to apply for citizenship after one year. Documents for the residency application must be completed in Portuguese. You will be required to pass a Portuguese language test for citizenship.

This fast-track naturalization process is desirable for a parent to obtain a relatively “cheap” second citizenship for you and your family. Your child will benefit from being a citizen of the Mercosur region, allowing them to live, study and work anywhere in the area. This would possibly allow them to obtain other nationalities in a reduced period.

The Brazilian passport has been ranked twentieth in the world in 2021. You can travel to the UK, European Union (Schengen), New Zealand, and Hong Kong.

Another American country worth mentioning within the scope of Jus Soli is Mexico. The North American nation is widely popular among the world’s travelers for its unique and stunning vacation hot spots, but not many know that it boasts one of the best passports in the world, ranking 25th globally.

Any child born within Mexican borders is automatically a Mexican citizen, a holder of a passport that provides visa-free travel to major destinations worldwide such as the Schengen Zone, the UK, The United Arab Emirates, and many others. It is also part of the Asia Pacific Economic Cooperation Community (APEC), which means Mexican passport holders can travel to other member states such as Australia, China, and Russia without worrying about getting a visa.

But what really makes Mexico interesting is that the parents and the grandparents of a child naturalized by birth can apply for permanent residency. But the fun doesn’t end there, as the parents and grandparents of the child who reside in Mexico can actually apply for Mexican citizenship after two years instead of the usual five. This makes Mexico one of the hottest birth tourism destinations in the world.

Canada is another major addition to the list, as anyone born on Canadian territory is automatically a citizen. Children born there can even naturalize their next generation, even if they are born overseas, making Canada a great option for not just your children, but theirs as well. Overseas naturalization stops after one generation, but it is still one of the best options out there.

The Canadian passport ranks 8th globally, and the traveling perks of having a top-ten passport are enormous. Canadian citizens can travel visa-free to the US, Australia, the UK, the Schengen Zone, and endless more destinations worldwide.

Planning for the future

Careful planning for your child’s future is an important scenario. Providing them with second citizenship by having their birth in one of the listed countries above can give them an immediate advantage and for their life going forward.

Birth tourism is a trend that is gaining traction, and for good reason; it provides parents with a feasible solution to provide their children with a better life and the passport they need to fulfill their potential. But timing it right and obtaining the visas on time can be quite the challenge.

There are specialized tourism birth companies that make the entire citizenship and residency process seamless, stress-free, and enjoyable while being on holiday. Why not consider this new tourist attraction? Contact us to know more today.