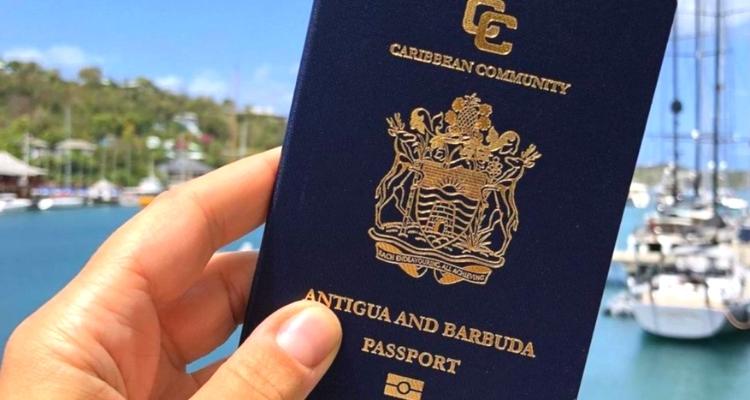 Acquire the citizenship of Antigua and Barbuda

Having found no support among other Caribbean countries that issue citizenship by investment, Antigua and Barbuda is forced to independently defend the right to issue passports to investors and resist the growing pressure from the European officials, who demand that this practice be discontinued. We recommend potential candidates to hurry up and get their citizenship by investment and an Antiguan passport, while this opportunity exists.

Alone in the field: Antigua fights to maintain its Citizenship by Investment Program

In March 2022, deputies of the European Parliament, after studying a report on the situation on the investment immigration market, voted to put into action a new legislative initiative. The initiative, among other things, presupposes putting pressure on a number of non-EU states in order to force such jurisdictions to close their economic citizenship programs. The reasoning of the European officials was as follows: these schemes are allegedly used by unreliable individuals, who are not properly screened, which practically results in assisting them in their shadowy businesses.

As one of the measures of influence, European officials decided to suspend or terminate visa liberalization agreements in the Schengen area. Please note that this measure was already put into practice in relation to Vanuatu in May 2022.

The Caribbean region has the biggest number of programs for granting citizenship through investment. Unsurprisingly, the leaders of Caribbean jurisdictions with such programs immediately expressed concern about possible sanctions that could drastically reduce the attractiveness of the Caribbean gold passports in the eyes of immigrant investors.

Among political leaders in the region, Antigua Prime Minister Gaston Browne has proven to be the most faithful and vocal defender of investor passport programs in the face of pressure from the European Union.

A few days after the vote in the European Parliament, which has not had any practical negative effect on the investment immigration industry, but, nevertheless, became a signal of the EU’s alarming intentions towards countries with golden passport programs, Brown sent official messages to lawmakers in Europe and in the USA. The letters underlined the great significance of such programs for the economies of the host countries, as well as the high effectiveness of the due diligence of applicants.

In April, Prime Minister Brown accused the US of “wanting to kill” Caribbean gold passport programs, citing a legislative initiative by two US congressmen aimed at withdrawing the US from visa waiver agreements with gold passport issuing states, as well as “persuading” the UK and the European Union to take similar measures.

The politician warned that the cessation of such programs would have dire consequences for the region. The government of Antigua and Barbuda has publicly called for creating a regional regulatory body to oversee all Caribbean immigration by investment programs, which was intended to help ease EU concerns.

Despite the media reports asserting that Prime Minister Brown’s colleagues from the other four Caribbean countries issuing passports to foreign investors have been allegedly privately engaging with the EU and the US on the issue, the corresponding Caribbean officials have been quite restrained in their statements, disclosing very little about their own concerns to the general public.

At the end of July 2022, according to the Antigua Observer, during a press briefing following a cabinet meeting, the country’s Minister of Information, Melford Nicholas announced the start of an active dialogue between the Antiguan Citizenship by Investment Unit (CIU) and the EU authorities. Moreover, Antiguan officials offered to give EU colleagues full access to internal data on the work of the Bureau in order to directly address the concerns of the European Union about the reliability of investors.

“This issue is still unresolved. The CIU has contacted the European Commission in connection with an audit of the Antiguan gold passport program. […] We still have some concerns and continue to work on this issue in order to prevent a complete shutdown of the sector [i.e., investment immigration] in the Caribbean,” Mr. Nicholas told local media.

The politician pointed out that EU legislators seem to misunderstand the level of integrity of the Caribbean officials who administer immigration by investment programs, and the level of scrutiny applicants are subjected to.

Follow the link to read more about applicants for Antigua’s Citizenship by Investment Program.

“We are fulfilling our commitments, and hopefully we can eventually demonstrate that the program is not what they [i.e., European officials] imagine it like,” said Mr. Nicholas.

Antigua: open for regional cooperation, but ready to defend the right to issue investors’ passports independently, if needed

In the same statement, Mr. Nicholas expressed his regret about the inertia of the leaders of other Caribbean countries with economic citizenship programs. He finds it deplorable that these countries have not so far been able to join forces in upholding regional interests in the field of investment immigration.

“Everyone would benefit if everyone joined forces in this undertaking; by doing so, we would be able to promote the regional brand together. However, we do recognize that some other Caribbean programs are not as well-regulated as the Antigua program,” – commented Mr. Nicholas.

Still, Mr. Nicolas pointed out that even in the absence of a pan-Caribbean consensus and concerted efforts to solve the problem, the Antiguan government is not going to put up with the solution put forward by the European officials. Antigua is ready to resist in order to save at least its own citizenship by investment program.

“We are still looking forward to teaming up with colleagues from other jurisdictions in the region that run investor passport programs in order to show [to the European officials] the realistic overall picture. If this can be achieved, joint work will begin. In addition, we are conducting talks behind the scenes to ensure that in the final review we will be treated more favorably than perhaps some other countries that have not been as attentive to the comments of the European Union and not as involved in resolving disputes as our country.” – the politician noted.

Follow the link for some first-hand information about obtaining citizenship of Antigua and Barbuda: an interview with an insider.

In order to participate in the Caribbean economic citizenship program, applicants are required to complete a general due diligence, or integrity assessment process, provide certified proof that they have no criminal record, and prove that the source of their funds is legitimate. These procedures are quite complex and require careful investigation. The corresponding agencies conduct checks involving international partners to determine the applicants’ suitability. The CIU Anti-Guana Compliance Department, in particular, conducts a four-level due diligence of all applicants and related businesses. 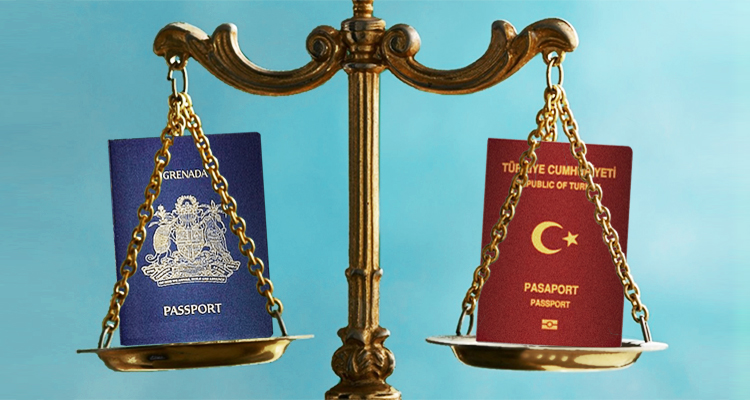 Level 1 of the verification process includes the use of the Thomson Reuters World Check platform, the Interpol Most Wanted List, the FBI Most Wanted Terrorist List, and the United Nations Sanctions List. Databases of the corresponding organizations are used to search for references to the main applicant, their relatives and any businesses associated with them. Additionally, the relevant information is searched for on the Internet using popular search engines, including Google, and social networks, such as LinkedIn. The verification process for applicants includes:

Level 2 presupposes involvement of third-party due diligence providers to assess the integrity of the main applicant and their family members included in the application. The corresponding services are provided by independent private companies covering all known public activities of the applicant and their relatives. Typically, the service provider’s team will physically visit all countries where the applicant has spent a significant period of time. The main focus is on the applicant’s declared primary place of residence.

Level 3 involves sending inquiries regarding the applicants to partner offices in regional governments.

On the final level, the databases of the Caribbean Joint Regional Communications Center (JRCC), are analyzed. The center provides support to selected member states of the Caribbean Community (CARICOM) and acts as a central hub for the exchange of information on individuals traveling in the Caribbean using air / sea transport. The JRCC acts as an effective communication channel between law enforcement and border control, helping to detect individuals traveling with stolen/lost/forged identities, as well as identifying major regional security threats.

The founding countries of the JRCC include not only the states of the Caribbean, but also the United States, the UK, Canada, and the European Union. Thanks to this, JRCC can provide extremely useful information that is vital for any investment immigration program.

On our portal, you can read a more detailed article on passport of Antigua and Barbuda for investment: calculating the cost.

Since the situation in the global market for golden passports is constantly changing, experts recommend not to delay applying for Antigua citizenship by investment. Please bear in mind that this opportunity may disappear. Our team will help you to take advantage of the Antiguans’ advantageous offers in time and with minimum hassle for you.

To order a FREE individual consultation on the matters connected with citizenship by investment programs, please fill out the form below

If you have any questions about obtaining the Caribbean citizenship for investments or passport, please contact us via email: info@offshore-pro.info for a private consultation based on your specific individual needs and situation. We will provide full legal and administrative support, helping you to figure out the best possible options, reducing the paperwork and the stress for you. Contact us today!