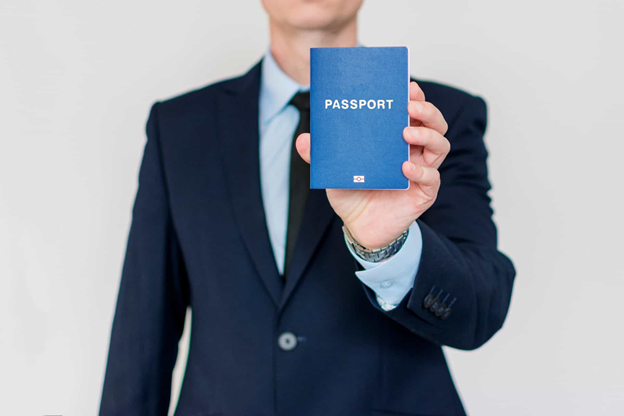 9 reasons to apply for foreign citizenship

Why would you need foreign citizenship when you are a citizen of your country of birth? What advantages does a second passport bring? Where can you acquire citizenship at an affordable price? Do you have to spend money at all in order to become a citizen of a foreign country? Please find the answers to these and other related questions below.

A second passport is a powerful instrument and a must-have for any successful person of today. It brings multiple new opportunities, allows taking your lifestyle to the next level, and opens many doors. Foreign citizenship can help you travel freely, engage into international business operations, plan your taxes, and live a happy life.

Let us bring to your attention nine main reasons why you should apply for foreign citizenship:

A second passport allows living a life that is truly international. Diversify your assets geographically, open bank accounts in different national states, keep gold or other precious metals in the depositories of various countries, set up companies everywhere in the world when you become a citizen of Dominica, Portugal, or Malta, for example. There are quite a few jurisdictions that grant citizenship to foreigners who make some kind of investments.

Bear in mind that internationalization means asset and risk diversification. Of course, you can establish presence in a foreign country by launching a business venture there or by opening a bank account. But only a second (third, fourth, fifth) passport will make you a citizen of the world in the full sense of the word.

Reason № 2: The holder of a second passport is as free as a bird

“’Cause I’m as free as a bird now / And this bird you cannot change”, sings Lynyrd Skynyrd, an American rock group. Humans cannot fly, unfortunately but we all can increase the amount of freedom that we have. When you have a second passport, your international mobility will be greater.

There are quite a number of wealthy people in India and China, for example, but their national passports are very weak. They have to apply for a visa wherever they want to go be it the European Union, Great Britain, Canada, the USA, or Australia.

A carefully selected second passport will substantially enlarge the list of visa-free destinations for you. Some countries granting citizenship to foreign investors boast very strong passports that allow entering almost any country in the world without a visa.

Applying for a visa always takes time and money. While the pay may be insignificant, the waiting time can be very long. Besides, any visa will have an expiry date. A strong second passport will solve these problems and this is one of its major advantages.

Reason № 3: Dual citizenship is an insurance policy against unwise policies of your national Government

Some national states like to limit the freedom of movement that their citizens can enjoy. They also limit the possibilities to make foreign investments and open accounts with foreign banks. They do not have to issue direct prohibitions in order to succeed at this.

We are not talking only about the third world states here. Take the USA, for example. The authorities of the country apply sanctions to ‘uncooperative’ foreign bankers seeking to turn banks all around the world into IRS agents. As a result of these efforts, Americans experience serious problems now when trying to open a foreign bank account or do some business outside their home country. A second passport is capable of solving this problem as well.

Reason № 4: A Second passport can protect you from political risks in your country of birth

Watch the evening news and you will clearly see that the world is far from stable at the moment. Every country has been affected by the pandemic but in addition to that, several local wars are going on, political unrest can be found in more than one country, and more than one country practices politically motivated arrests.

If nothing terrible is happening in your home country right now, do you think that the peace and quiet is guaranteed to last forever? Hopefully it will last forever indeed but what if it does not? When you have a second passport, you thus have an easy escape route if the political situation in your country goes out of control. Life is unpredictable today and having a second option is as valuable as never before.

Whatever happens in your home country, be it political unrest or a natural disaster, you will never become a refugee. You will have a country to go to that will give you all the protection that you need. Even if you do not have to leave your ‘first home’ but you simply feel bored by living there, your second home will welcome you at any time.

High taxes can be the main reason to acquire foreign citizenship for people from well-developed countries. The opportunity to lessen the tax burden is a good motivation for wealthy people indeed. Are the fiscal authorities at home taking away too much of your earnings? Apply for a second passport and acquire tax residence in a low-tax jurisdiction. There are countries in the world whose governments are not overly stingy and who do not interfere into their citizens’ lives too much. Some of such countries offer citizenship to foreign investors.

Reason №7: Easy change of residency thanks to the second passport

Citizens of some countries face problems when applying for legal residence permits in foreign states. Some national passports are often referred to as ‘toxic’ because they put officials in other countries on the alert. However, when you hold a reputable passport, you can easily choose the place where you want to live. With a Caribbean passport, for example, you are welcome to any Caribbean state, not only the country of your second citizenship. And of course, you are welcome to other countries too.

Smart people do not keep all their eggs in one basket. They divide their fortunes and keep parts of these in different banks in different countries. Why? For security reasons. When you have a second passport, opening bank accounts in foreign countries becomes much easier.

We would like to stress the importance of having bank accounts in different countries. A local crisis can make a national Government freeze or even expropriate the money that the citizens keep in bank deposits. Remember Cyprus not a long time ago, for example. Thus, geographical diversification of your assets is vital indeed.

Reason №9: A second passport is an insurance against becoming a stateless person

Most of you do not probably realize that all countries beginning with Russia and ending with the USA annul their citizens’ passports on a daily basis. The reasons for that can be different but you have to remember that the Government of your home country has the right to annul your passport. And becoming an apatride (a stateless person) will certainly cause great problems.

If you think that we are exaggerating the issue, remember Edward Snowden. His citizenship was annulled and the situation that he found himself in became really regrettable. When you have a second passport, the risk of acquiring the status of a stateless person is minimal.

Protect your assets and your future now! The experts of InternationalWealth portal will talk to you about the economic emigration opportunities, tax burden reduction mechanisms, asset protection instruments, and other ways to enhance your freedom and security. Please contact us by email or use our live chat and apply for a free consultation on the matter. We are always eager to help!

How should I choose the country of second citizenship?

The choice of the country will depend on your preferences, your plans, and your financial opportunities. If you want to relocate to your new home country, you will have one set of opportunities to consider. If you do not want to ever visit your second home country but still acquire its passport, you will have another set of options. If you want a stronger passport, you should look in one direction but if you want a cheap passport, you should look in another direction. Apply for our free consultations and we will help you make the right choice.

What is economic citizenship?

Economic citizenship is not different from full citizenship of a country. The phrase is used to refer to the possibility to become a citizen of a foreign country by making a donation to the state fund or an investment into real property in the country or a business venture there (other options are also available with some national states that run citizenship-by-investment programs). The amounts of the required donations and investments vary from country to country.

How many countries grant their citizenship to foreign investors?

Currently, over a dozen countries run national citizenship-by-investment programs. The practice proves beneficial because such programs attract foreign direct investments to these countries. Thus, it is reasonable to expect that some new offers may appear on the market.

Please help us make the portal even more informative, up-to-date, and valuable for you and your business. Отмена
Where to open a Personal Bank Account in Foreign Currency?
14 Jun 2021
How to Open a Foreign Bank Account Remotely?
14 Jun 2021
Foreign Bank Accounts for Individuals. Take Comfort In Banking Abroad
14 Jun 2021
Need to set up an account abroad for an individual this year?
14 Jun 2021
Tax incentives: Non-habitual tax residence in Portugal
10 Jun 2021
“The Federation of Islands for Oligarchs”- Pavel Durov’s Citizenship in St Kitts and Nevis
08 Jun 2021
How to Open Accounts with Offshore Banks for Private Needs in 2021?
07 Jun 2021
Panama: The Door is Closing on a Great Plan B!
21 May 2021
St Kitts and Nevis – Crypto-Friendly Citizenship and Asset Protection Combo
19 May 2021
Which Citizenship by Investment Programs are Crypto-Friendly?
19 May 2021
Corporate account with cards for fintech projects in a US payment system
17 May 2021
Malta Citizenship Has Never Been Easier and Quicker
17 May 2021