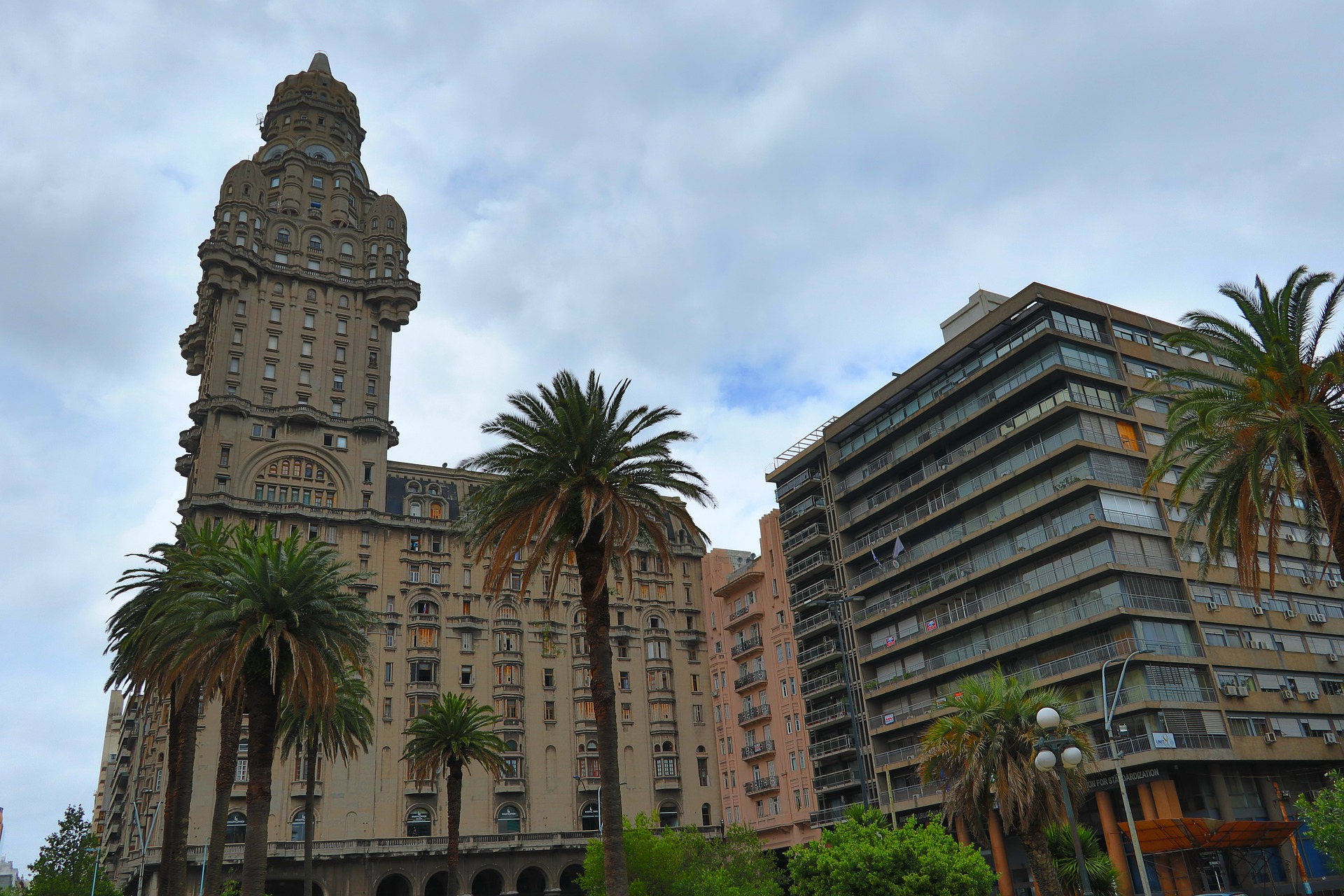 Why you should acquire tax residence in Uruguay

New legislation passed in Uruguay in June 2020 has made acquiring tax residence in the country much easier and more beneficial. Please consider using this chance to protect your family from the COVID-19 pandemic as Uruguay has been extremely successful in fighting it.

Below you can find information about the relaxed requirements to foreigners seeking to become tax residents in Uruguay. We will also describe the benefits of the country for living and doing business there.

InternationalWealth.info experts will gladly help you acquire tax residence in Uruguay. Please contact us via email, WhatsApp, or live chat and request a personal consultation on the matter.

Uruguay is characterized by openness to foreign investment and it welcomes immigrants from other countries. It is an economically and politically stable state where foreign nationals can live in comfort.

It is a small country placed between two largest countries on the continent – Brazil and Argentina. The population of Uruguay is about 3.5 million people. Most of them belong to the middle class: Uruguay boasts the lowest income inequality in Latin America. The economy has been growing steadily and the Government seeks to attract more foreign capital to the country in order to promote its development.

The GDP per capita in Uruguay is the highest in Latin America (with the exception of the Anglo-Saxon states in the Caribbean). It ranks third on the continent for the purchasing power parity. Uruguay is a relatively expensive country to live in, which is the price to pay for a well-tuned social security system that includes strong and efficient healthcare. The healthcare system in Uruguay has proved successful in combating the COVID-19 pandemic: only 51 people have died of coronavirus in the country as of October 13, 2020.

Similarly to all other national states, Uruguay’s economy has suffered in the crisis and thus the Government has decided to enhance the attractiveness of the country for foreign investors. It now offers serious incentives to those wishing to bring capital to Uruguay, acquire tax residence in the country, and probably settle down there.

On choosing a jurisdiction
and terms for changing
Your tax residency.

On choosing a jurisdiction and terms for changing Your tax residency.

On June 11 this year, President Luis Lacalle Pou signed a Decree that has made the conditions of acquiring tax residence in Uruguay by foreigners more relaxed. The Decree is aimed at attracting more foreign direct investments to the country, creating new jobs, and promoting welfare.

The Decree of June 11 sets the following requirements to those wishing to become tax residents in Uruguay:

As you can clearly see, the new conditions are much more preferable than the old ones.

A foreign national wishing to acquire tax residence in Uruguay can invest into one or several pieces of real estate in the country. The aforementioned Decree does not allow foreigners to own property in Uruguay via a company.

The Decree does not put any restrictions neither on the geographical location of the property nor on its type. It can be located anywhere in the country including the seaside resort zones and it can be both residential property and commercial property. Residential property can be lived in or rented out.

The second requirement that you have to meet if you want to qualify for tax residence in Uruguay is staying in the country for at least 60 non-consecutive days.

We must note that these requirements apply to each individual separately. If a married couple seeks tax residence in Uruguay, each of the spouses has to stay in the country for 60 days and each of them has to invest minimum US$ 390,000 into real property in the country. Thus, the total investment has to amount to US$ 780,000, which is equivalent to approximately 660,000 euros. In order to retain the tax resident status, the investor has to keep owning the property and comply with the physical presence requirement every year.

The Decree from June 11, 2020 defines the conditions of acquiring tax residence in Uruguay via investment into a business venture in the country. The investment can be made by a private individual or by a foreign company that the individual controls. The required investment amount is US$ 1,670,000 or 1,410,000 euros. The investor’s spouse will qualify for tax residency of Uruguay only if he/ she makes an investment of the same amount.

This path to Uruguayan tax residence does not require staying in the country at all. However, the investor is obliged to create at least 15 new jobs over the first 12 months of business operations in the country. The jobs cannot be created only formally by signing employment contracts with 15 people and dismissing them instantly. Only real jobs count.

The types of business activities that the foreign investor can engage in are not restricted. Moreover, investments can be made into establishing a new company in Uruguay or buying an existing one.

To stimulate business development in the country and promote employment opportunities the Government of Uruguay has designated several free trade zones. Companies domiciled there do not have to pay most taxes (such as the VAT, the corporate tax, the import duties, and so on). Only social security payments are due. Companies working in free trade zones must guarantee that at least 75% of their workforce are citizens of Uruguay.

Different free trade zones are designated to different business area. Companies registered there deal in IT, logistics, production, and storage. Global corporations such as Sony, Epson, Sabre, Merrill Lynch, and others make use of the advantages that the Uruguayan free trade zones offer.

Many foreign investors choose to buy an existing holding company in (Sociedad Anónima). In this way, they save time and effort that would be needed for establishing a new company in the country.

It has to be noted that Uruguay is one of the major players in the IT industry in Latin America. The Government of the country gives incentives to the companies working in this area by exempting them from the VAT on the software products that they export. There are Universities in Uruguay that provide good training to software engineers and together with the tax incentives they make the country the leader in the industry in South America.

Taxes in Uruguay and tax holidays for new residents

Eight years ago, the Congress passed a law that exempted new tax residents of Uruguay from the tax on the income obtained on other countries for five years. This September, a new law was passed that extended the tax holiday to ten years.

There is also a choice to pay a 7% foreign income tax instead of the standard 12%. This opportunity does not have any time limits.

Thus, a tax resident of Uruguay has a choice of two options:

If you would like to learn more about acquiring tax residence in Uruguay, please apply for a personal consultation. We will also be happy to offer you several promising objects of investment in the country. You are welcome to contact us via email, WhatsApp or our live chat.

What is so attractive about tax residence in Uruguay?

Uruguay applies some elements of the territorial taxation system. A foreign national acquiring tax residence in the country can be exempted from taxes on all kinds of his/ her foreign incomes including interests and dividends for the period of 10 years. Besides, free trade zones in Uruguay offer serious tax incentives to entrepreneurs. If you engage in the IT sphere, the incentives are going to be even more substantial.

What are the methods of acquiring tax residence in Uruguay?

You can invest into real property in the country or a business venture there. Besides, you can take the long path and become a legal and tax resident of Uruguay via naturalization. The latter option requires staying in the country for more than 183 days a year and acquiring some economic and vital interests in Uruguay. In addition, you can marry an Uruguayan thus qualifying for full citizenship of the country after some time passes.

When I acquire tax residence in Uruguay, can I become a full citizen of the country?

The fact of acquiring tax residence in Uruguay does not make you a citizen of the country. However, this can be deemed a step towards becoming a full citizen of Uruguay. Some additional requirements will have to be satisfied though.