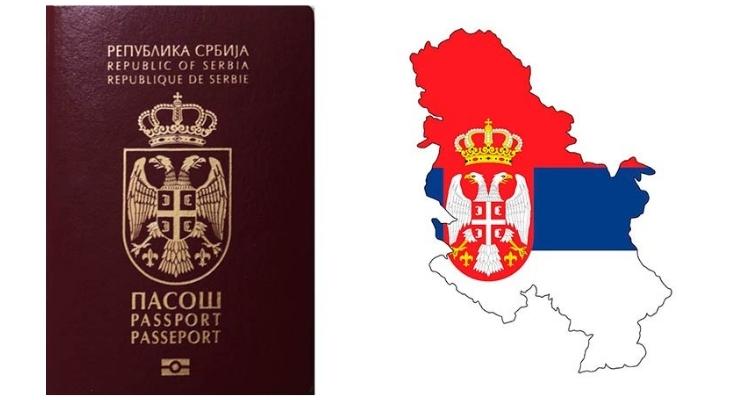 How to get a family residence permit in Serbia? What is the procedure for residence by investment in real estate or other assets in this friendly and picturesque Balkan country? Where to find advice on how to obtain Serbian citizenship? What should be done to emigrate to Serbia? We are not surprised that more and more clients want to know answers to such questions. Read on, and you’ll learn about all the benefits of Serbian residence permits and citizenship, regardless of the method of obtaining it.

Serbia is an excellent choice for expats because it is the mix of many virtues: the pretty environment, vigorous development of sustainable transport and technical infrastructure, access to quality public services, education, housing, and community amenities. You can enjoy first-class restaurants, nice stores, a range of entertainment and culture events and venues, while the cost of living in this nice country is many times lower than in many other countries of the world, and Serbia’s ratings in terms of safety and tolerance are very high.

For many foreigners, the Serbian residence permit is primarily a tool for opening a bank account in Serbia. Deposits of up to up to 50,000 euros are protected. Foreign citizen and foreign legal entities can open companies in Serbia, set up a bank account, and hold full ownership without any restrictions.

The fairly liberal legislation makes the path of obtaining residence permits in Serbia by purchasing real estate or by opening a company even a more interesting option than participation in other investment migration programs across the world.

Moreover, you can easily reach any major European city from Serbia: many flights to neighboring countries are operated from Nikola Tesla International Airport in Belgrade.

Serbia is a rapidly developing country. It is a member of the UN, the Council of Europe, OSCE, and a signatory to the Central European Free Trade Agreement. A very important incentive for many applicants for residence and citizenship is that Serbia is a potential candidate for the EU membership.

Please note that the current turbulence and the influx of millions of refugees in Europe may trigger new trends and amendments in the countries’ immigration/emigration policies. Updates on the global investment citizenship options, including Serbia, should be discussed with our experts.

Serbia is the land of gorgeous natural sights, protected nature parks, rivers, lakes, picturesque canyons, and forested hills. The country is 75% mountainous. Its abundance of pristine nature is still delightfully off the mass-tourism trail. However, the tourism turnover is steadily growing.

Serbia is a parliamentary republic. The head of the Serbian government is Prime Minister, appointed by the President. The country is very much interested in tourism revenues and promotes the strategy based on friendliness, hospitality, and liberal values.

The Serbian government positions its country as a happy medium between Western Europe and Eastern Europe. Even the Serbian language is “bilingual”:  both the Cyrillic and Latin alphabets are used.

Serbian residents are taxed on their worldwide income. Non-residents are taxed only on their Serbian source income and worldwide income related to their work in/for the Republic of Serbia. A person is considered a tax resident if he/she resides permanently in this country for most of the year (at least 183 days during the tax year) or has a registered business in Serbia, or if such person has a vital interest in Serbia.

The tax rates for individuals depend on the type of income:

The corporate tax is payable at a rate of 10%, and there are many deductions to support capital investment. The standard rate of the Value Added Tax is 20%. A reduced VAT rate of 10% applies to basic food stuffs, medicines, public transportation services, utilities, other basic services and goods.

Private medical care is widely available, and prices for private clinics are quite reasonable. The public health care system in Serbia is considered one of the best in the region, but foreigners feel more comfortable using the private health care system.

In other cities of Serbia, housing prices are much lower than in the capital. One of such attractive local markets is the city of Novi Sad. Real estate in small towns and rural areas is very affordable.

Serbia offers a modern shopping infrastructure, including stylish malls and countless trendy outlets that are typical of the developed countries of Central and Western Europe.

In Belgrade, the main shopping hubs are Ušće and DeltaCity, both in the Novi Beograd neighborhood. You can find stores everywhere, but the best ones are on Terazije Street or along Bulevar Kralja Aleksandra (King Aleksandra Boulevard).

Most things can be bought much cheaper in Serbia than, for example, in the United States or Western Europe. You will be glad to discover that services are usually provided at extremely low cost.

But some goods, such as cars and gasoline, are considerably more expensive than in the United States. In general, the cost of living in Serbia is one-third of the comparable lifestyle in any Central European country.

The United States of America or any other Western country have much more powerful passports. Nevertheless, Serbia is rapidly strengthening the power of its passports.

The Serbian government has done an excellent job over the past decade to make life easier for citizens who frequently travel the world. The local Foreign Ministry has successfully negotiated a series of visa-free travel deals with many friendly countries.

In general, the number of countries that allow visa-free arrivals for Serbs is steadily growing. In recent years alone, Serbia has been included in the list of countries whose citizens are entitled to visa-free entry to the Schengen area (according to Annex II Countries).

Serbia, along with Montenegro and Macedonia, became eligible for visa-free travel to Europe back in 2009. Serbia is one of the very few countries on the globe (Mauritius, Seychelles, Dominica, Grenada, the UAE and a couple of  others) whose citizens can visit without a visa the Schengen Area countries, Andorra , Argentina, Aruba, Barbados, Belarus, Bosnia and Herzegovina, Brazil, Chile, Colombia, Cuba , Croatia, Georgia, Israel, Indonesia, Japan, Kazakhstan, Kosovo, Kyrgyzstan, Macao, Moldova, Mongolia, Montenegro, North Macedonia, Palestinian Territories, Peru, Philippines, Qatar, Singapore, South Korea, Turkey, Ukraine, the UAE, Uzbekistan, Vatican City, and dozens of other state, including Russia and China.

Interestingly, the old Yugoslavia’s visa treaties that give Serbian citizens and residents the right to visa-free entry to states such as Cuba and Tunisia, are still in force.

As of 2022, Serbia is finalizing negotiations with Azerbaijan, Colombia, Guatemala, Jamaica, Panama, Paraguay, Kuwait, Oman, Bahrain and Venezuela. When all these agreements are ratified, Serbian passports will be even stronger.

Most of the countries on the list of visa-free destinations for the Serbians are quite difficult to visit even for citizens of some Western countries. Therefore, the opportunity to travel there without having to obtain a visa will be a real gift coming with a Serbian passport. If you know what it takes to obtain visas to such countries as the United States, Canada, Great Britain, Ireland and New Zealand, you will appreciate the freedom to travel without visas to as many countries as possible.

In the past, Serbia’s Western European neighbors, such as Great Britain, have hinted at the possibility of lifting visa restrictions, but this has not happened so far. In any case, Serbia wants to restore its attractive image and is taking all necessary practical steps to do so, unlike many other countries. This effort and obvious success of Serbian reforms deserves global respect and encouragement.

How quickly can you obtain residence permits in Serbia?

The Serbian passport is steadily improving its status in the world ratings of passports, considering the number of countries that holders of such documents can visit without a visa, or with an electronic visa, and visa on arrival. Although this is not the only criterion for evaluating the power of alternative citizenship, it is definitely on the top of the most important ones.

Unfortunately, it is not uncommon to come across websites that promote “economic citizenship in Serbia” at a price of €100,000 to €500,000. All such sites are run by scammers.

Please note that it is NOT POSSIBLE to become a Serbian citizen by taking advantage of a citizenship by investment program similar to those in many other countries. And there is no such thing as ‘the fast track’ to Serbian passports.

Nevertheless, it is true that in some very exclusive cases citizenship can be obtained in a non-conventional way: for example, if the President of Serbia decides to grant someone citizenship for special merits. By the way, this is how Steven Seagal obtained his Serbian passport some time ago.

Local lawyers also confirm that there is no legal way to becoming a Serbian citizen quickly, unless one personally convinces the Serbian president of his extraordinary value to this country. Otherwise, those wishing to become Serbian citizens have to follow the standard procedure of obtaining residence permits. Only then, having lived in the country for some years, they can be granted citizenship by naturalization.

The process of acquiring Serbian citizenship takes from 5 to 10 years, depending on the reason for immigration. It is also possible to register a marriage with a Serbian citizen and become a citizen of this country in just 3 years.

Bright prospects for holders of residence permits in Serbia

Serbia is one of just a few developing countries that does not want to rely purely on Western financial support. It safeguards its national interests and independence. At the same time, it is building its economy in partnership with all the major players on the global political arena. This meaningful cooperation is in favor of business initiatives and enhances the value of the Serbian passports.

To sum up, the Serbian residence permits and passports provide many advantages, including the right to enjoy the benign taxation policy.

For more information about steps towards the tax residency, residence permits, citizenship, permanent residence permits in Serbia, please contact our experts at info@offshore-pro.info or in messengers given at the top of this page.