If you have a pressing need to open an individual or a corporate bank account abroad as soon as possible, please place a request for a personal consultation to: info@offshore-pro.info.
Main page » Permanent Residence Permit Abroad 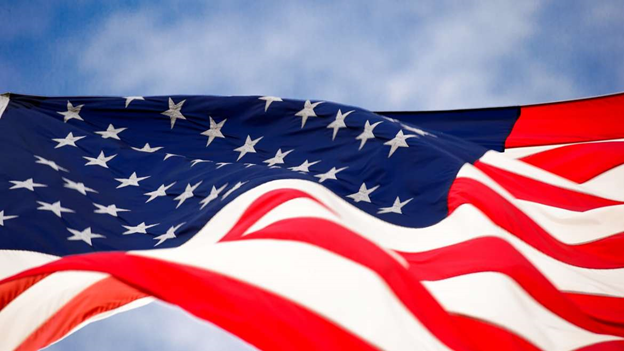 EB-5 investor’s visa to the USA: dynamics, geography, and the minus

How many EB-5 visas were issued between 1992 and 2018? What were the applicants’ home countries? Why is this option not for everybody? Please read on to find out the answers to these questions. If you become interested in acquiring an EB-5 investor’s visa to the USA, you are welcome to apply for a consultation!

A competent Government, a transparent legislation, an efficient and fair judiciary system, and a predictable financial environment are the main factors that attract immigrants to the United States of America.

Well-to-do people from other national states have an easy way to relocate to the USA by acquiring a green card in exchange for investments. The American Congress launched the investor’s visa program (the EB-5 visa program) at the beginning of the 1990s. The program was aimed at attracting foreign investments to North America. The applicants for the visa program are eligible for US green cards (permanent residence permits) if they make the investments in the required amount.

The minimum required investment amount on the EB-5 visa program is US$ 900,000. Another important condition is that new jobs have to be created by the investor. There is a limit of 10,000 EB-5 visas that can be granted per year. (This figure includes the applicants’ family members as family applications are accepted.)

Dynamics of the demand for EB-5 investor’s visa

The American officials have counted the number of EB-5 visas issued between 1992 and 2018. According to the statistics published by the US Department of Homeland Security (DHS), the total number of EB-5 visas granted over the 26-year period was 83,568. This number includes the main investors and the members of their families (spouses and children).

The graph shows that at the beginning the EB-5 visa program was not very popular. Only 16 years after the program was launched, it caught up a bit with around a thousand visas granted in 2008.

Analysts attribute the growth of the visa program popularity to the global financial crisis of 2007/ 2008. Wealthy individuals around the world saw that their capitals were threatened and they wanted to build safety nets for themselves and their relatives. It is reasonable to expect that the current crisis is going to drive the demand for EB-5 visas up as more well-to-do people will want to hedge the risks.

The demand for the EB-5 visa peaked in 2014 and declined insignificantly after that year. Today, the EB-5 visa program is the most popular investment immigration program outperforming all other ‘golden visa’ programs. It serves the US economy very well.

Geography of the applicants for the EB-5 investor’s visa

Citizens of the following countries apply for the EB-5 visa in larger numbers than citizens of other countries:

Chinese applicants for the EB-5 visa have to stand in long lines, as there are national quotas. A large number of Chinese citizens apply for the visa but the number of applicants form each national state is limited.

The US Citizenship and Immigration Service has recently initiated amendments to the EB-5 visa issuance rules. These amendments will hopefully accelerate the process of visa acquisition.

Taxes that EB-5 visa holders have to pay

When you hold an EB-5 investor’s visa and the green card for five consecutive years, you will qualify for American citizenship. However, in order to become eligible for this status you have to be physically present in the USA for more than six months every year.

What is even more important is that you will have to pay American taxes when you acquire a legal residence permit there in the form of the EB-5 visa. All American citizens and legal residents are taxed regardless of where they live – at home or abroad – and regardless where they make an income – at home or abroad. The USA is one of two countries whose taxation is based on citizenship, not on the tax residence principle (the other country being Eretria).

This circumstance makes many Americans living abroad renounce their US citizenship. In the first half of 2020, around 6,000 Americans most of them living outside of the United States renounced their citizenship. This is nearly ten times as many as the number of Americans doing the same the previous year.

The reasons for ceasing to be American citizens are quite clear. Living in a foreign country and earning money there, they have to pay local taxes. But in addition to that, they have to pay taxes to Uncle Sam as well! So this is not surprising at all that these people decide to drop their US citizenship for fiscal reasons.

Other factors may have an impact on their decisions too. The country is severely divided at the moment and besides, the COVID-19 pandemic is wreaking havoc in America as it does in most other parts of the world.

Thus, the process is going both ways, as a matter of fact. Some foreigners immigrate to the USA using the opportunities that the EB-5 visa brings. Some Americans, in their turn, choose to renounce their US citizenship because they have found another country to live in and they do not want to be paying taxes twice.

As unfair as American tax system may be to the citizens of the country who reside abroad, the USA remains the land of opportunities anyway. If you are a vivid entrepreneur and you have a million dollars to invest, America offers every chance to return your investment. The total amount of investments that are made in the USA is larger than the amount of investments made in any other national state. If you do not have anything against living in the USA, the EB-5 visa program is a wonderful path to take.

We will be happy to assist you in applying for an EB-5 visa and developing a personalized relocation and investment strategy. Please apply for a free consultation on the matter by writing to our corporate email (see top of the page) or by sending us a message via WhatsApp or live chat. We always reply promptly!

Where should I invest to obtain an EB-5 visa?

The applicant to the EB-5 visa can invest in any kind of legal business in the USA simultaneously creating new jobs. The applicant can make his/ her own choice or otherwise, invest via regional centers that promote local economic development. There are over 1,200 such centers in the country and they will help you obtain an EB-5 visa if you invest minimum US$ 900,000 into the American economy.

Who is eligible for an EB-5 visa?

Investors from all countries as well as their spouses and unmarried children below the age of 21 can apply for an EB-5 visa thus acquiring green cards. The only condition is bringing the required amount of investment.

Can I take out a loan to make the investment required by the EB-5 visa program?

Borrowing money for this purpose from a bank is possible but the rules are strict. It has to be a secured credit only and the collateral has to be worth as much or even more than the amount of the credit.

Please help us make the portal even more informative, up-to-date, and valuable for you and your business. Отмена
Do tax authorities have access to offshore company beneficiaries’ information?
16 Jan 2021
The effects of the pandemic on the mobility of second passport holders
14 Jan 2021
A European Bank Account Impossible? Take a Detour
14 Jan 2021
Acquire citizenship of a microstate by investment
14 Jan 2021
Who has access to the information about offshore company owners?
13 Jan 2021
Offshore Companies Formation: 13 FAQs
13 Jan 2021
Citizenship of Saint Lucia by investment into Government bonds at a 50% discount
12 Jan 2021
Offshore Company Application Tips: Setup Documents
12 Jan 2021
Offshore Company Registration and 1st Year Costs
12 Jan 2021
Dual citizenship: a complete guide from InternationalWealth portal
12 Jan 2021
10 reasons to invest in Serbia
11 Jan 2021
Ultimate Owners’ Privacy in Offshore Jurisdictions
11 Jan 2021