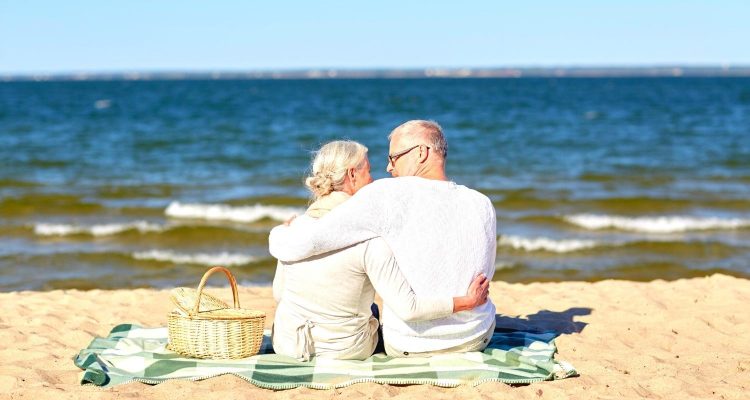 Audley is known for its no-nonsense approach to financial planning and comfortable retirement. According to them, those planning to retire should decide in favor of  these cities:

Third-party ratings of the best cities to retire that have high living standards were used for this analysis. The factors rated were ambient standards as well as social and economic standards. They included purchasing power, favorable retirement policy, accessibility, life expectancy, environmental profile, per capita GDP, quality of health services, and last but not least food and utilities costs.

If you plan to decide on a city to retire in Europe, you should consider the Finnish capital Helsinki. The ratings claimed it was the best and most comfortable city with high living standards to retire. The city’s safety, extended infrastructure and lack of social and economic vulnerability are its strongest points. With its impeccable environment and high-quality medical services, Finland secures long healthy and productive life to the country’s citizens. Locals are usually well-organized and disciplined. The nation as a whole is characterized by a combination of high generalized trust and mutual assistance. Both unemployment and crime levels are remarkably low. Multiple population surveys indicate that the residents of Helsinki consider themselves to be among the happiest people in the world. If you really plan to find a city to  retire in Europe, Helsinki is one of the most obvious first choices.

Copenhagen, the capital of Danemark , comes second in terms of comfortable retirement and high living standards. It can boast well-developed transport infrastructure. The local administration takes good care of the city’s vacation spots. Copenhagen often heads the lists of the safest and most comfortable cities to retire and live in. You don’t need much money to enjoy your comfy life in retirement in the Danish capital. People here earn a lot, while food and primaries are reasonably cheap. The locals can boast their high purchasing power.

Geneva lies in a scenic region of Switzerland. The country is famous both for its high economic and social status and multiple recreation opportunities. Switzerland combines security, income stability and incredibly high living standards. The salaries of Genevans are high, while unemployment rate in the country is low. The government exercises rigorous control to keep the city streets clean. It monitors public transport in Geneva. All this sets the stage for maximum living comfort and makes Geneva easy to pick as a city to retire in. The medical system in Geneva is one of the best on an international scale, and lots of patients from abroad chose to go to Geneva for treatment.

Reykjavík is the state capital of Iceland, a scenic island nation. The island with its unique nature and landscapes is the safest place in the world. Crime is virtually non-existent. Salaries are high, and the utilities are low. Reykjavík attracts lots of newcomers who come to live here because of the city’s accessible environment, friendly dwellers and generally high living standards. The country is extremely tolerant to people of all religions and orientations and sees them all in a positive light. Its rich natural habitat offers unique wellness holidays not far from thermal areas that you will find nowhere else on the planet.

Oslo, the capital of Norway, is famous for its magnificent views. This is by far not the only thing to admire here. Oslo stands out for its high per capita GDP, remarkable living standards,  life expectancy, high-quality services, medical care and high purchasing power. The country promotes equality. The crime rate here is low, and the living environment is friendly to foreigners. Norway ranks second in the Happiness Index. Its people are well-off and have a high level of generalized trust. The social support and the healthcare systems the city offers make it an appealing place to retire.

Amsterdam is a city in Holland that regularly has the lead in terms of living standards, economic stability, as well as promotion of loyalty and equal rights for minorities. Amsterdam is the city of the youth, and it absorbed the spirit of freedom. It is still one of the safest places on the planet. The crime rate is consistently low, and the well-developed transport system prevents any traffic jams. The government supplies its people with healthy, wholesome foods and clean water, thus securing multiple ecological and health benefits for them. Clean streets and comfortable living are of no small importance to the authorities. They always restore and renovate local buildings on time and provide high-quality services to the locals.

Stockholm is the capital of Sweden, and it ranks among the most prosperous European cities that are ideal to retire in Europe. Stockholm is famous for its high-quality healthcare services. Medical centers of the city regularly head the lists of the best of the best in the industry. It is the capital of a highly developed country, both in terms of social security and economic development. The city is at the heart of social and economic life in the country, with high life expectancy. If you retire in Stockholm, you’ll win high living standards, social support, healthy environment, and well-developed infrastructure as a bonus.

Wellington is the capital of New Zealand. The city is popular for its breathtaking landscapes and high living standards. Due to its elaborate infrastructure, Wellington is certainly comfortable for any citizens, including those who wish to retire here. Road safety and a wide transport network make driving here a comfortable experience. Due to its high living standards, healthy environment, general safety, and low crime rate, Wellington is a very appealing place to retire. High GDP and purchasing power are the 2 elements of an accessible environment, and this keeps the number of people on the breadline to a minimum.

Vienna is the world leader among the most comfortable cities to live and retire in. It is noted for its high social security, impressive living standards, stable economy, busy and rich cultural life and recreation, high-quality medical services, and well-developed transport system. Austria is your hotspot if you wish to invest safely. The living standards and the quality of life improve annually. The government does their best to secure comfortable living and accessible environment for all the citizens.

Luxembourg is the capital of the country bearing the same name. It is world-famous for the income level of its citizens, per capita GDP, advanced economy, citizen activism, as well as the standards of health and well-being. Low crime rate, indisputable personal safety and the country’s impressive social support system contribute to comfortable living environment in Luxembourg. The government puts a spotlight on the improvement of environmental situation and public health in the country. The quality of care and services here is among the highest in the world.

These cities are mentioned among the worst ones to retire:

Rapid industrial growth is the factor that makes local governments tolerant to industrial waste. This results in major harm to the environment. Overpopulation and a significant gap between the poor and the rich are behind the increased crime rate and lower generalized trust. Cities typically have high living standards, yet it is only true in case of well-off urban dwellers. Food basket price and costs of minimum essential services are exaggerated. Here’s why one should save money that is big enough to comfortably retire here.

These states do their best to remedy social stratification and strengthen social support of the unprotected. The living situation and standards never shifted still. You need quite a lot of money to comfortably live in the above cities and enjoy the high-quality medical services they offer. Average savings and state benefits typically do not cover this.

What city should you choose to retire and why?

Survey results indicate that Helsinki is among the best cities to retire. Living standards are high, and the social support system is strong here. You will enjoy general safety, accessible environment, and high-quality healthcare. The city is famous for its well-developed infrastructure.

What criteria were used to select the cities to retire and to avoid?

Various social and economic factors, crime and unemployment levels, household income, purchasing power, level of happiness, as well as satisfaction from services received were factored in by the specialists. Environmental situation, infrastructure as well as utilities cost and quality were rated on a separate basis.

What cities are definitely not the best ones to retire?

Audley took into account only those economically developed cities and countries that met certain living standards. Hong Kong, Tokyo, Singapore and Los-Angeles scored the lowest because of their high crime rates, low generalized trust level and considerable costs of living as contrasted with household income therein. Ecological situation and social support of the unprotected also contributed to this.