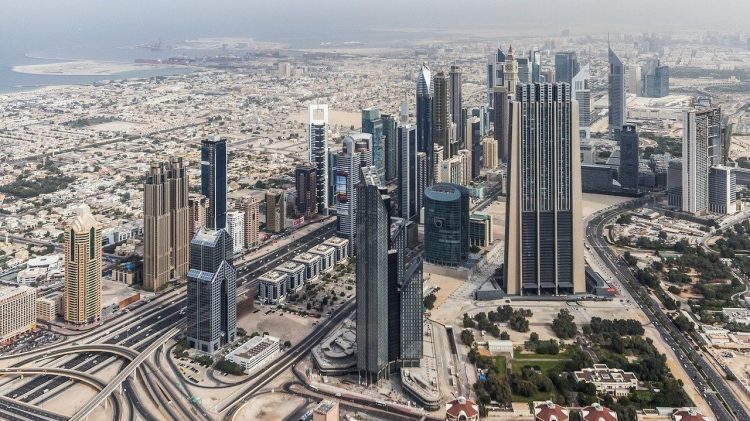 While the rest of the world was occupied with the pandemic, the United Arab Emirates made substantial improvements regarding the incorporation of foreign-owned companies and their operation.

The most important change is the abolition of the rule requiring that 51 percent of the share capital of a company established in the UAE outside free economic zones be owned by Emirati nationals.

The changes also cover other important aspects related to the management, financing and control of UAE companies and are aimed at increasing flexibility and improving corporate governance – making the UAE a safer and more attractive place for foreigners to do business.

Federal Decree-Law No. 26/2020 (the Decree-Law) passed in late September and published in late November 2020, amends Article 51 of the Federal Law No. 2/2015 on Commercial Companies Law (the New CCL) and introduces three new articles. The main changes are given in detail in the chart below.

This is the most significant regulatory change for UAE companies since 2015.

The Decree entered into force on January 2, 2021, except for provisions eliminating the minimum level of share ownership for citizens of the United Arab Emirates, the citizenship requirements for directors of public and private limited companies, and provisions eliminating the requirement of a local service agent for branches and representative offices of foreign companies. They will take effect at a later date. Some of the changes include the adoption of additional regulations and rules.

Changes in Company Registration in the UAE Free Zones

At first glance, the new possibility to own 100% local companies should reduce the attractiveness of free zones.

However, this is not necessarily the case. Financial free zones such as Dubai International Financial Center and Abu Dhabi Global Market, and other free zones will still remain attractive.

Prior to the new law, the possibility of allowing foreigners to own 100% of shares was one of the main advantages of registering companies in free zones. In addition to that, relatively high real estate prices and the difficulty of doing business outside the free zones came into play.

However, international financial companies, asset management and investment companies, holding companies and professional service providers still seek to invest in financial free zones because of their familiar legal and regulatory regimes, and because free zones are now established ecosystems friendly to businesses located there. They also guarantee a 50-year tax-free environment. Local companies are currently tax free, but as we saw with the introduction of VAT, there are no guarantees local companies will remain tax free.

The Decree-Law, among other things, removes the requirement for local service agents which will make it easier for free zone companies to do business in the UAE outside of free zones.

on which jurisdiction is best for
your business, preferred tax regime,
company structure.

on which jurisdiction is best for your business, preferred tax regime, company structure.

Changes in the Foreign Ownership Restrictions upon Company Registration

Foreign investors wishing to own more than 49 percent of a UAE local company have conventionally relied on a number of institutions, including trusts and sponsorship agreements, to circumvent ownership rules relating to foreigners.

Such trusts, sponsorship agreements and other arrangements will not be automatically revoked after the Decree-Law comes into force, unless the sponsor agrees to do so and unless the arrangements contain appropriate provisions.

In an effort to encourage foreign direct investment, the UAE issued the Foreign Direct Investment Law (the FDI Law) in September 2018 that paved the way for the possibility of 100 percent foreign ownership in certain sectors.

The list of those sectors was determined by the UAE Cabinet in a March 2020 decision.

The FDI Law was a significant step toward liberalizing the UAE’s foreign ownership regime, but required companies wishing to benefit from it to follow certain procedures and comply with certain rules not applicable to local UAE commercial companies in general.

The new Decree-Law that was announced just weeks after the first FDI Law licenses were issued, abolishes the FDI Law and makes a paradigm shift in the UAE’s national policy towards investment. 100 percent foreign ownership is now the rule rather than the exception.

Certain types of business having strategic importance that have not yet been identified may still be subject to restrictions in terms of foreign ownership.

In the past, the 49 percent limitation of foreign ownership has made mergers and acquisitions rather difficult. While the sponsorship and trust agreements mentioned above allowed foreign companies to have full or majority beneficial ownership and control over local commercial companies, many international investors, particularly third-party fund managers such as private equity companies, were uncomfortable with the separation of beneficial and legal ownership and the uncertainty that prevailed around the enforceability of sponsorship and trust agreements.

This obstacle has now been removed.

In addition, sponsorship and trust agreements were a nuisance for the international listings of local UAE businesses with holding companies from outside the UAE. These listings required extensive disclosure of risk factors related to sponsorship and trust arrangements used to own business in the UAE outside of free zones, requiring scrutiny by regulators, underwriters and auditors.

The new amendments to the Commercial Companies Law were a welcome simplification of the listing and disclosure procedures.

The chart below summarizes the main changes introduced by the Decree-Law.

We offer assistance in registering a company, opening a bank account in the UAE and obtaining the UAE residence visas. Please feel free to contact us as soon as possible.

Please help us make the portal even more informative, up-to-date, and valuable for you and your business. Отмена
Acquiring Legal Permanent Residence in Paraguay: Stage 1
28 Oct 2021
Acquire a Non-Citizen Passport of Panama for Traveling
27 Oct 2021
Open a Swiss Bank Account for Foreigners: How-Tos for Private Persons
26 Oct 2021
Accounts for Non-Residents in Europe without Visiting A Bank: Wheres and How-Tos
25 Oct 2021
What Country Can You Relocate to in 2022?
22 Oct 2021
Offshore Asset Protection: Why a Nevis LLC is Your Staunch Ally
19 Oct 2021
Combining a Nevis Offshore Trust and LLC Create The Ultimate Asset Protection Combo
19 Oct 2021
Birth Tourism. A Growing Trend
18 Oct 2021
Why Serbia may be the best destination for you
13 Oct 2021
What is the maximum number of citizenships a person can have in 2021?
05 Oct 2021
How Can You Open a US Bank Account Remotely?
30 Sep 2021
Caribbean Citizenship by Investment: Comparing the Options
23 Sep 2021