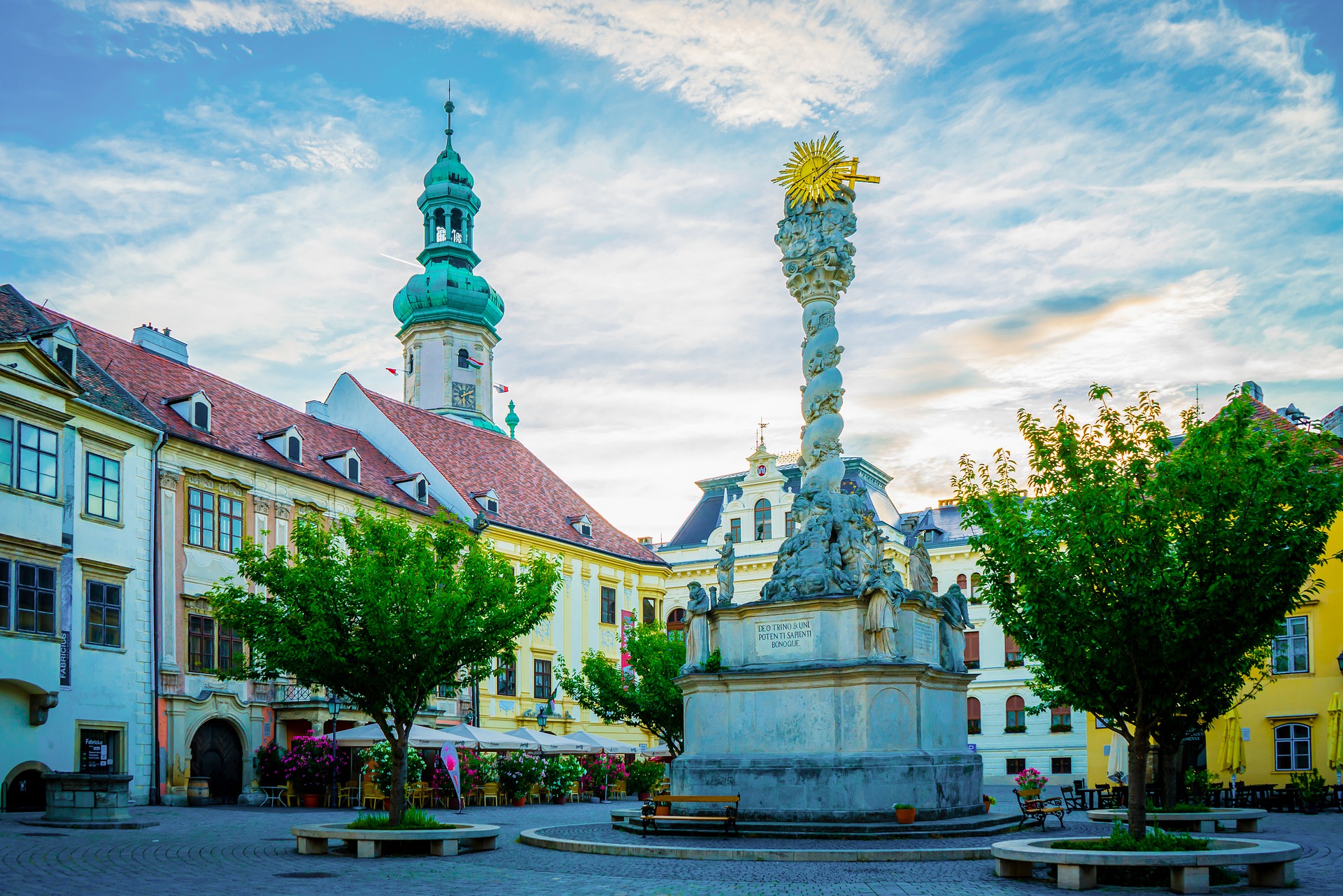 Hungary is a central European country and a member of the European Union. The population of Hungary is around 10 million people and its capital is Budapest. The city is one of the most beautiful European cities with several UNESCO world heritage sites and the second oldest subway in the world. At the same time, the cost of living in Budapest is lower than in most other European capital cities.

The official currency in the country is the Hungarian forint (HUF). This speaks for independent financial policies implemented by the National Bank of Hungary.

Hungary is a liberal parliamentary democracy that lives by the rule of law. Regular elections are held in the country and the Parliament – Országgylés – is the supreme government body. Members of Parliament are elected every four years. The President of the republic is elected by the Parliament every five years.

Thanks to these beneficial conditions, the corporate tax of 9% and access to a 500-million copper-bottomed consumer market, Hungary is an attractive country to invest in. In addition, the country offers central European logistic opportunities, an advanced infrastructure, and scientific parks.

Hungary receives a very high amount of foreign direct investments. The workforce in the country is well qualified and inexpensive. This especially concerns engineers, medical doctors, and economists who have world-quality education and whose salaries are 60% lower than the average salaries in the European Union.

One more aspect that makes Hungary so attractive for investments is the financial stability that the country boasts. The Hungarian financial system is among the best-developed ones in the region. It is supported by the entrepreneur-oriented legislation, tax incentives, and investment policies aimed at increasing the competitiveness of the Hungarian-based business structures.

The weak points of the Hungarian economy are the dependability on the economies of the neighboring states – buyers of Hungarian-made products, low foreign exchange reserves, and the risk of the national currency devaluation.

information from an expert on taxes
and possible tax benefits of the jurisdiction
appropriate to the company's structure.

oinformation from an expert on taxes and possible tax benefits of the jurisdiction appropriate to the company's structure.

Hungary has a corporate legislation that is favorable for international entrepreneurs. The most popular company ownership form in the country is Zártkörűen Működ Részvénytársaság (Zrt) – a private limited liability company whose shares cannot be publicly traded.

The liabilities of the shareholders are limited by the amount of their company ownership shares. Ordinary, preference, redeemable, and other types of share can be issued. The dividends paid to the shareholders can be untaxable in Hungary.

A Board of Directors consisting of three to eleven members usually will manage a limited liability company in Hungary. However, if the company Charter allows it, a single director can manage the company.

The residence permit remains valid for three years and it can be extended for three more years afterwards. It also makes the holder entitled to apply for the European blue card that gives visa-free access to all EU countries.

A Zrt shall obtain a registered legal address in Hungary. The corporate documents shall be kept at this address and this is where all the correspondence from official bodies will come.

Hungarian companies are obliged to keep the financial records and all other documents related to the company business activities for eight years. The accounting books are normally kept at the company head office. In case they are kept elsewhere, the Hungarian tax authorities shall be notified of the address.

Companies in Hungary shall publish annual reports and submit them to the fiscal bodies together with the tax return. Audit is obligatory for all companies that have more than fifty people on the staff and those that have an annual turnover exceeding 100 million forints (on average for two consecutive years).

General Meetings of the shareholders shall be held annually. It is permitted to use videoconferencing applications for this purpose. If this is the case, there have to be shareholder identification mechanisms and special voting procedures. Electronic signatures on official documents are allowed in Hungary. The company can act as the founder (or a founder) of another company.

A company is deemed resident of Hungary if it has been registered there and it is controlled from the country. Hungarian companies are taxed on their global incomes but the corporate tax is only 9%. Thus, you can work globally from Hungary paying little in taxes on perfectly legal grounds. The capital gains tax is the same.

There can be exceptions, however. If profit is obtained from selling the shares of a subsidiary company and if the company is not a Controlled Foreign Corporation (CFC), taxes will be higher in case the seller has owned not less than 10% of the company for at least one year.

Dividends paid to a legal entity resident in Hungary are usually not taxed regardless of whether they come from a local or a foreign source. An exception is the case when the dividends come from a CFC whose profit is taxed at less than 9%.

A passive income obtained from a bank deposit is taxed at the standard rate.

50% of the profit obtained from royalties can be tax-exempt under certain conditions.

Income obtained from foreign sources is taxed in accordance with the tax agreements. If there is no tax agreement between Hungary and the country where the income comes from, a tax credit will be given for the amount of the tax paid abroad.

Thus, the fiscal legislation in Hungary is similar to legislation in other European countries but it offers some advantages to foreign investors. If you open a company in Hungary, you will obtain competitive advantages and a chance to acquire citizenship of an EU member state with time.

We will be happy to answer all your questions related to registering a company in Hungary and opening a bank account there. Please contact us by email, live chat, or WhatsApp. We always reply promptly.

Why should I register a company in Hungary?

There are four main reasons to register a company in Hungary. First, the country is located in the center of the European Union. Second, the corporate tax there is 9%, which is lower than in other EU states. Third, there are no restrictions for foreign business people in Hungary. Fourth, company ownership will entitle you for a legal residence permit that can be converted to citizenship of Hungary with time.

Why should I open a bank account in Hungary?

Similarly to other countries of the world, Hungary requires that a business company should have a corporate bank account. If you would like to establish a corporate entity in the country, you will have to set up a bank account too.

Can I open a bank account in Hungary remotely?

Unfortunately, this is not possible. You will have to make a personal visit to the bank to sign all the documents involved in the procedure of setting up a bank account. However, the visit is not going to take you more than a couple of hours and Budapest is extremely beautiful so you can combine holidays in Hungary with a business trip.