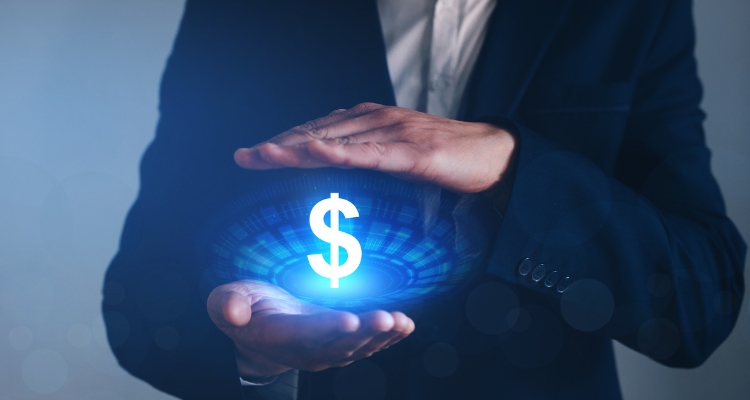 A Holding Company as an Instrument of Tax Burden Reduction

Why would you be interested in registering a holding company? It could be a good idea if you have an active company that is making good profits and you are thinking of investing in a totally new business area. Suppose you know little about how business is done in that particular area, which makes your prospective investment a bit riskier. In this case, you can choose to set up a holding company and make the new venture its subsidiary. If the subsidiary should fail, your holding company’s assets will remain perfectly safe. This is one of the reasons why people create holding companies.

Depending on the business areas that you are involved in, separating different kinds of business activities may be very convenient indeed. For instance, you can have one subsidiary as a trading company and another subsidiary as the trademark owner. If you want to sell the trading company at some point, you can retain the rights for the brand name and thus keep part of the income. This is an important advantage of a holding company indeed: if you are engaged in a variety of business operations, you wouldn’t have to sell your entire business if something goes wrong in one of the areas. You can get rid only of the subsidiary that causes trouble and go on with other operations via other subsidiaries.

Certain conditions have to be met, however, if you are to avoid paying the tax. First, the holding company has to have at least 5% of the subsidiary ownership. Second, it has to have the shareholding for at least 12 months before the subsidiary is sold. Third, some countries (Ireland, for example) require that the subsidiary being sold is a trading company and it does not derive any profits from the land of the country.

In Canada, a holding corporation can qualify for the lifetime capital gains exemption. You can save significantly on taxes when selling a subsidiary of your Canadian-based holding company. The maximum tax exemption that you can claim is about $ 850,000 and a few dollars is added to this amount by the Canadian tax authorities every year. If you are selling a company engaged in the farming or fishing industry, you qualify for a million-dollar capital gains tax exemption.

You can save even more on taxes when selling your holding company if you make several members of your family the company owners. Each company owner will qualify for the tax exemption so if it belongs to four people, for example, you can save more than three million on taxes in total.

Without doubt, certain limitations apply if you are to qualify for the lifetime capital gains exemption in Canada. First, the company shall be owned by Canadian residents. Second, it has to be in their possession for at least two years before it is sold. Third, it has to be a holding company engaged in active business operations. The passive assets of the company shall amount to not more than 10% of the total company value. You are not going to be eligible for the tax exemption otherwise. Finally, the phrase ‘lifetime capital gains exemption’ means that you can qualify for the tax exemption only once in your lifetime.

A holding company does not necessarily have to have subsidiaries that are engaged in active business. Often holding companies are created to hold incomes from passive sources. These mainly include interest, royalties, rent payments, and dividends. If more than 60% of the holding company profit comes from passive sources and it is owned by not more than five people, the company qualifies as a Personal Holding Company and this status brings about some undesirable tax-related implications.

First, such companies are considered C corporations for tax purposes. This already means that your incomes are taxed twice: at the corporate and at the personal levels. Second, there is a special personal holding company tax in the USA in particular. Before it was introduced, some large property owners used to create holding companies to avoid paying taxes on their passive incomes. Now the undistributed income of a personal holding company is taxed at 20%.

There are a couple of things that you can do to make your company lose this unfavorable status thus saving on taxes. First, you can enlarge the number of the company owners so that it exceeds five. If you do so, your holding company will cease to qualify as a personal holding company. Please bear in mind, however, that if a holding company belongs to members of one (core) family, it is considered a personal company even if the number of owners exceeds five. This concept is known as ‘constructive ownership’. To get over this restriction, you can give some shares of the holding company to more remote relatives such as your brother’s wife, your sister’s husband or your son-(daughter’s)-in-law parents.

Please note that even though only C corporations are subject to the tax, converting your holding company into an S corporation wouldn’t help. You’d have to pay a 35% corporate tax on your excess net passive income.

Probably the optimal ownership structure for your holding company would be a Limited Liability Company. LLCs have two most important advantages over some other forms of company ownership. First, the property of the company is separated from the property of the company founders. This means that if a lawsuit is filed against an LLC, the plaintiff can count on obtaining only the company assets while the company owners’ houses, automobiles, yachts, and other property will remain intact. This is not the case with sole proprietorships: if the sole proprietor makes business debts, they are answerable for them by all their property including their personal possessions. This is a good reason why you should set up your holding company as an LLC.

The second advantage of LLCs is the way they are taxed. Companies of this form of ownership are subject to pass-through taxation, which means that their earnings are passed to the company owners who then pay their personal income taxes. Thus, LLCs are not taxed at the corporate level and that is not the case with companies registered as corporations. Corporations pay taxes on their corporate incomes and then when dividends are distributed to the corporation owners or shareholders, they have to pay taxes again as private individuals obtaining incomes. Avoidance of double taxation can be as important a reason to register an LLC as the desire to protect your personal property.

Holding companies may be taxed twice at the international level

The phrase ‘double-taxed’ has one more meaning, however. Your holding company can be taxed twice if it holds property or performs business operations in more than one country. First, you will have to pay taxes in the country where the income is obtained, and then you may have to pay taxes again when you transfer the income to another country. Thus, an international holding company may be taxed twice in the sense that two national governments may levy taxes on it. This is an important side of the matter to consider because an excessive tax burden may render your business unprofitable.

Nobody likes to be taxed twice and national governments don’t want to drive entrepreneurs out of business because they would stop paying any taxes in this case. This is why hundreds of bilateral agreements on double taxation avoidance have been signed between different countries. If you would like to create a holding company in a foreign country, you should check if your home country has a double taxation avoidance agreement with it. It is important to realize that your home country will have not signed such an agreement with every single country in the world. So this item needs to be checked too.

To conclude, creating a holding company can help you save on dividend and capital gains taxes. At the same time, the regulations that apply in different countries are often dissimilar and besides, they change over time. For instance, the EU Commission is considering a new Directive aimed against shell companies that are used to avoid taxes. If the Directive is passed, it will affect holding companies in the EU. Beginning January 1, 2024, they may have to start playing by some new rules. We would be happy to advise you on the best jurisdiction where you can set up a holding company and help you decide what ownership structure your holding company should have. Please write to info@offshore-pro.info without any hesitation and apply for a consultation on the matter.