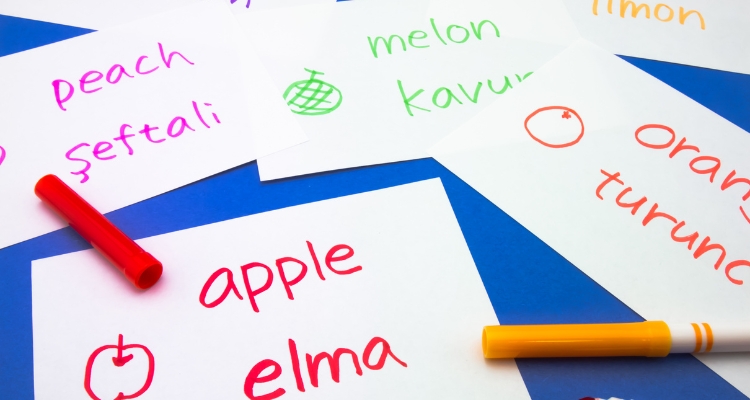 How many people speak Turkish? Well, there are about 80 million native speakers in Europe, which looks modest as compared to other major world languages, like Arabic (580 million speakers) or Spanish (590 million speakers). What is the use of knowing a language that is not so widespread, you may ask? However, this is a wrong way of thinking as the real power is not in numbers, and we will prove this point further on.

The Turkish economy has shown miraculous growth in recent years. Turkey is becoming a strong power that is reckoned with and respected as the Turkish government makes decisions that affect the international situation. Moreover, the country has turned into a comfortable tax haven for many European enterprises, a refuge for residents of the CIS countries fleeing the geopolitical crisis, and a state where investors obtain a second citizenship. Why learn Turkish then? Well, just because it is spoken by people who have an impressive role to play in the world!

Let’s figure out what to expect when you embark on a journey into an unfamiliar language, which skills will be mastered easily and where you will have to apply some effort, and how long it will approximately take for a typical European to finally understand people who speak Turkish.

Peculiarities of the Turkish Language

Is Turkish hard to learn? No, it is not – if you approach the whole thing competently and with at least some motivation.

Start with the basics – with the alphabet! This tip may sound naïve, but it is the only way to make your first steps in Turkish as the words are read as they are written.

So, what you need to do is to memorize the phonetic pronunciation of each letter. English-speaking students may be confused because they will see familiar characters that sound absolutely different. But if you play the game of learning 3 letters each day, one for breakfast, one for lunch, and one for dinner, you will make huge progress in a matter of 10 days!

The pronunciation should be taken as an axiom: each of the 29 letters is pronounced in the same way as in the alphabet – no exceptions! And this sounds like magic to an English speaker. If you master the Turkish alphabet, you will never have difficulty with the correct pronunciation as all Turkish words sound as they are written.

However, it is at the stage of studying the alphabet that the students experience the first difficulties: the tongue and all the other organs of speech simply fail to pronounce all those unusual laryngeal, trembling, and explosive sounds. Perhaps, you will be consoled to know that those are just the muscles that require training – and nothing beyond that.

Try typing every Turkish letter into Google Translate and listen to the sound. Don’t squeeze impeccable pronunciation out of yourself from the first go – just accept that you will need to spend some time on training. Take relief from the fact that the Turks also suffer a lot trying to pronounce the notorious dental sound in the.

The alphabet is perhaps the most difficult beginner stage in the study of the Turkish language.

How long does it take to speak Turkish fluently? Tutors say it will take you at least 44 weeks. If you don’t set any ambitious goals and just need to learn the minimum vocabulary for a tourist trip, one month will be enough to memorize the alphabet and 300 of the most commonly used words.

If you are interested to know how quickly an average person can learn any foreign language, here are the results of the study that helped to find it out:

You have mastered the alphabet? Congratulations! The next step is to memorize the basic words (without any suffixes or other parts “glued” to them) using any convenient method.

Here is an effective technique shared by tutors who help their students learn Turkish and expand their vocabulary as quickly as possible: each learned word should be immediately used in your everyday speech. Insert individual Turkish words into your native language communication in every situation imaginable, for example:

This memorization technique looks ridiculous at first glance, and not all people you know will treat your “life hacks” with understanding. However, this is an effective method, and you can think of a circle of people who will be loyal to your attempts. Be like children – they all naturally use this technique without feeling shy!

The next step is to study basic grammar and sentence structures. It’s time to combine memorized words into simple phrases and learn how to “glue” suffixes to the stem words. At this stage, independent work is no longer effective and it is time to look for teachers.

What is the hardest part of learning Turkish? Well, most students converge that the addition of suffixes is a challenging skill. And this is exactly the reason why we recommend studying it with someone else’s help.

An ideal option is to move to Turkey to study the language on-site and find a training center, a specialized school, or a native-speaker tutor there. The good news is that you can easily get a residence permit to study Turkish and legally reside in the country for some time. Meanwhile, you can do any other things that you will consider useful. Anyway, immersion in the language environment significantly speeds up the learning process!

If you are not planning a relocation to Turkey in the near future (for example, you need to learn the language to interact with Turkish partners remotely), you can choose one of a large selection of online training courses on the Web where they will introduce you to the intricacies of combining words into the sentences that sound good.

Let’s consider interrogative sentences, which are the most popular type. The questions are built by adding special interrogative particles to the sentence. To understand it better, look at the question in English and in Turkish:

We see the auxiliary verb “Is” at the beginning of the sentence, which tells the listener and the reader straight away that this is a question.

Pay attention to the particle “mu” at the very end of the phrase: this is the marker indicating that the sentence is a question. In general, the interlocutor has to listen to the end of the sentence in order to understand that this is a question, and this skill will require training for English-speaking individuals.

This is not the only interrogative particle in Turkish, and you will study some others as you progress. However, the principle remains unchanged: you will need to listen or read to the end of most sentences to understand their type and meaning. Learning a foreign language requires patience, and this is a good chance to develop it!

As you can see, the Turkish language has its own peculiar way of building sentences, in particular, questions. To summarize all the above said, we can conclude that learning Turkish is a bit harder than mastering English, but there are far more difficult languages on Earth that it cannot be compared with.

As soon as you are through with the basics, you stumble upon the longest stage where you will need to practice, practice, and practice to improve your skills. The only cure is the constant use of the language, otherwise, you run the risk of forgetting all you’ve learned.

There is a stage at which language becomes a part of your knowledge (a part of your brain structure – a large neural pathway, if we go that far). If you reach it, you will never forget the language no matter how hard you try. You may become less fluent if you don’t use it every day, but the language will always be there to unpack and polish a little bit. However, this stage requires some work to be done…

Here are tools that may come in useful while you are struggling to keep it all in your head:

The practicing stage can last indefinitely if the student is interested in improving his or her Turkish. On the other hand, this is the period when you will receive the first bonuses from the efforts made: useful acquaintances, relocation of your business, saving money, interesting life prospects, and personal development from obtaining new skills.

We hope this overview of the Turkish language was interesting and helpful, and that you feel motivated or even impatient to start. And while we cannot walk this linguistic road with you, we can help you with relocation to Turkey, starting your company, or opening an account with a Turkish bank. Do not hesitate to contact our experts to get competent advice.