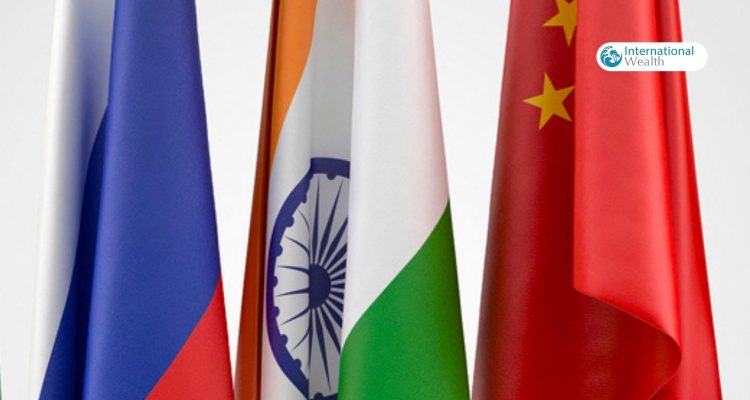 After restricting financial transactions in Russia, disabling SWIFT, and banning foreign Visa and Mastercard, the country’s government began looking for ways to solve these issues. As a result, agreements were reached with countries ready to develop their own system for international transfers, create co-badged products, provide offshore prepaid cards and accept Russian MIR cards.

We are talking about China and India, which, back in March 2022 started talking about developing a payment system independent of SWIFT. Later, they started working closely on the issue. By October 2022, China had already launched its UnionPay prepaid card in Russia. In India, it will soon be possible to pay with Russian banking products of the MIR system.

Anonymous cards are available for citizens of different countries, and our experts will help you get such a card in the shortest possible time. For other banking products, you can order a free consultation by filling out the form.

with seasoned professionals on international
banking and where it is best to open
non-resident corporate accounts.

with seasoned professionals on international banking and where it is best to open non-resident corporate accounts.

What are the plans of Russia, China, and India regarding balancing the financial situation in the world? Joint products presented by these countries can be used not only by Russian citizens but also by residents of other countries. They will help you make payments and withdraw cash abroad without any problems.

China offers its own offshore UnionPay prepaid cards, which can be used without restrictions.

There are two options for such a card (both plastic and electronic version):

The difference between these two China pre-paid cards is their functionality and the issuing bank. Thus, the co-badged version is not ideal for use on foreign Internet sites and when traveling to EU countries. Since the cards are presented together with the Russian payment system MIR, they are often not accepted for payment abroad, or there may be difficulties with cashing out funds.

On the contrary, offshore (anonymous) China UnionPay cards do not have such restrictions due to the issue by local Chinese banks and the extended geography of countries where Union Pay works. To date, there are almost 160 jurisdictions where you can pay with a China UnionPay card and withdraw money from ATMs. Among the countries servicing China offshore cards are France, Germany, Turkey, Switzerland, the United Arab Emirates, Great Britain, the USA, and others.

Open China UnionPay prepaid card by contacting our experts! We cooperate directly with Chinese financial institutions and guarantee the security, legality, and efficiency of the deal for our clients.

The governments of India and Russia are actively negotiating the introduction of joint financial tools, the results of which will be announced shortly. The main topic of negotiations is the mutual exchange of financial products to facilitate transactions in the territory of the Russian Federation and India, as well as international transactions.

What is planned and what to expect:

How to open an offshore card for payments abroad?

Although the issue of sanctions and bans now primarily concerns Russian citizens, residents of other countries should also think about obtaining reliable and safe financial tools. The situation in the world can change very quickly, and you should always have a backup plan.

Our experts will help you find a way out of any situation. The decision depends on the number of transactions, the purpose of transfers, and the client’s residence. First of all, these are prepaid bank cards, including India and China offshore cards, as well as offshore bank accounts in zones protected from sanctions and regulators (Nevis, Cook Islands, Belize, etc.).

If you are interested in opening a bank account and issuing an anonymous prepaid card abroad, we are ready to provide a full range of services. Contact our experts for details!