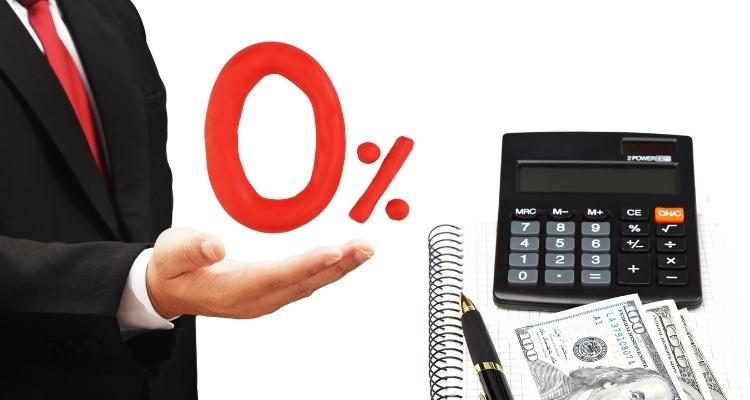 Taxpayers in some countries will sigh deeply when it is time to file the annual tax return. The personal income tax in the United States, for example, can be as high as 39.6% but it is not the highest tax rate in the world. In Aruba, Sweden, and Denmark the income tax can come up to 55.4% or even 58.95%.

At the same time, there are countries on the planet where the income tax rate is zero percent. Below we list ten such countries. However, you have to realize that the Governments of these countries use other methods to generate income for the national budgets. These are not tax-free countries but the fact that the income tax is 0% there makes them attractive for investors.

The Emirates have the highest income rate per capita of US$ 49,000. There is no income tax in the UAE nor is there capital gains tax. The country also has Free Economic Zones, which makes it even more attractive for registering a company there.

The UAE is the seventh largest exporter of crude oil and natural gas. According to OPEC, 30% of the country’s GDP comes from exports. The oil and gas companies compensate for the absence of personal income tax. They pay up to 55% in corporate taxes. Foreign banks are liable to a 20% tax.

Foreign workers do not have to pay the social tax in the UAE but locals are liable to a 5% social security tax. Employers in the country pay between 12.5% and 15% of the employees’ salaries to the social security fund and pension fund. Other indirect taxes include the real estate tax, toll roads, and municipal duties. Besides, a 30% tax is payable on alcohol while an additional 50% tax on sale of alcohol is due in Dubai.

Why you should register a company in KIZAD Free Economic Zone, UAE

Qatar is also an extremely rich country as far as the GDP per capita is concerned. The country has the third largest reserves of natural gas in the world. Qatar has invested heavily in the gas mining infrastructure, gas liquefaction, and export. The gas and oil companies have to pay a profit tax of up to 35%. At the same time, there is no personal income tax, dividend tax, royalty tax, profit tax, capital gains tax, nor property tax in the country. However, citizens of Qatar are liable to a 5% social tax and the employer has to pay 10% of the worker’s salary to the social fund.

The Government of the country is also considering the possibility to introduce the VAT to reduce Qatar’s dependence on oil and gas exports. One more indirect tax is a 5% customs duty on imported goods.

Similarly to its neighbors in the Middle East, Oman derives the best part of its income from the oil industry. Oil mining brings around 70% of the total income to the national budget. There is no income tax in the country but citizens have to pay a 6.5% social tax anyway. In addition, there is a 3% stamp duty payable when buying real property.

Even though Oman is a wealthy country, it has some social issues anyway. The local people are unhappy about the fact that nearly half of all jobs in the country are taken by foreigners. The Government periodically revises employment-related legislation trying to provide better protection to local workers.

information from an expert on taxes
and possible tax benefits of the jurisdiction
appropriate to the company's structure.

oinformation from an expert on taxes and possible tax benefits of the jurisdiction appropriate to the company's structure.

According to OPEC, Kuwait has the sixth largest reserves of oil in the world and it derives about a half of its income from the oil industry. Petrodollars amount to 80% of the Kuwaiti export income.

Even though there is no income tax in the country, citizens of Kuwait have to pay a 7.5% social tax while employers pay up to 11%. Kuwait ranks very high for its GDP per capita but this fact does not protect the country from some social problems anyway. In particular, the public sector employees have pushed the Government to increase their salaries by 20%.

The IMF experts warn, however, that the increase of the costs of public services might make the Kuwaiti economy less stable. Only 7% of the workers do not work for the Government in the country. Thus, the additional monetary burden on the budget is significant.

Kuwait has been prone to political crises recently. The Parliament has been dismissed several times over the recent years and the country has seen a number of corruption scandals involving top state officials. Weak links between the legislative and the executive authorities of the country hinder the development of the economy. The IMF calls upon Kuwait to introduce a VAT and make the taxation system simpler and more transparent.

The Cayman Islands is a well-known offshore center and the country would be a good choice for foreign investors. There is no income tax, nor capital gains tax, nor even social tax there.

At the same time, the employers have to design pension plans for workers (including foreign workers) who have been employed for more than nine months. Even though there is no VAT in the Caymans nor any other sales taxes, there are some indirect taxes there anyway. For instance, the customs duties on imported goods can be as high as 25%.

There was a time when the Government was considering introducing an income tax in an attempt to overcome a budget crisis. However, the idea was rejected under pressure from the representatives of some industries. They warned the Government that such a move would repel foreign investors. Foreign workers make up more than 50% of the total workforce in the Cayman Islands.

Bahrein exploits the Abu Safa oil deposit together with Saudi Arabia. More than 70% of the national income comes from oil export.

No income tax is levied in Bahrain but citizens of the country have to pay a 7% social tax while foreign workers pay 1%. The employers have to pay a 12% social tax for local workers and 3% for foreign workers. Besides, a 3% stamp duty is payable when selling real property and foreigners are liable to a 10% municipal tax if they rent residential accommodations in the Persian Gulf area.

Bahrain’s income from oil exports is high but so are its social expenditures. Over the recent years, the country has been trying to lessen its dependence on fossil fuels.

The living standards in Bermuda are among the highest ones. And so is the cost of living in the country.

Besides, workers have to pay US$ 30.40 per week as a social duty and employers are liable to the same amount. Other indirect taxes include the property tax of up to 19% (depending on the overall cost of the property) and the stamp duty that can be between 5% and 20%.

The main source of the state income is the customs duties. Importers have to pay up to 25% of the cost of the commodities that they bring to the country. The country is attractive for international companies due to the low taxes. More than 20% of the Bermuda population are foreigners. A ten-year work permit costs US$ 20,000 there.

The Bahamas is one of the richest countries in the Caribbean. Its economy largely depends on tourism and offshore banking services.

About 79% of the state income comes from customs duties in the country. Even though there is no income tax in the Bahamas, hired personnel have to pay a 3.9% tax (but not more than US$ 31,200 per year) to the social fund, which is called ‘state insurance’. Employers have to pay 5.9% of the workers’ salaries to the social fund and self-employed individuals are liable to an 8.8% tax. Besides, there is a 1% property tax in the Bahamas.

Even though the country is wealthy indeed, its credit ratings are vulnerable, experts believe. The economy of the Bahamas is highly dependent on the economy of the USA and it is not quite clear how things are going to develop in the latter country.

Saudi Arabia is the leading exporter of crude oil. There is no income tax in the country for most people but self-employed foreigners have to pay 20% of their income in taxes.

Saudi company employees have to pay a 9% social tax and their employers are also liable to a 9% tax. Another considerable tax is the capital gains tax whose rate is 20% in the country.

Oil is the main source of state income. It amounts to 75% of the national budget, 45% of the GDP, and 90% of income from exports, according to the OPEC.

It is true that Saudi Arabia is a rich country but it is not free from social issues anyway. According to the official data, 9 out of 10 private company workers in the country are foreign nationals. Thus, the Government has to take measures to reduce the unemployment rate among citizens of Saudi Arabia.

Brunei is the easternmost country with a zero percent income tax. However, the workers are liable to a 5% social tax there and an additional 3.5% tax that goes to the pension fund.

The salary paid to a non-resident is liable to a 20% withholding tax. Besides, a 12% property tax is payable if the building is located in the capital of the country, the city of Bandar Seri Begawan.

As is the case with most other countries with a zero percent income tax, oil and natural gas are the main sources of income in Brunei. It is the fourth largest oil and gas exporter in Southeast Asia. Fossil fuels make up 90% of Brunei exports and 50% of the GDP. However, exhaustion of natural resources is making the local Government diversify the country’s economy. It is working hard to improve the working conditions, lower the unemployment rate, and strengthen the banking and the tourist sectors.

Brunei closes our list of ten countries that levy no personal income tax. As you can see, seven of them can afford it due to large deposits of fossil fuels while six of them are located in the Middle East and one in Southeast Asia. The remaining three countries are located in the Caribbean and they rely on tourism, the banking sector, and high living standards that attract wealthy individuals from abroad.

In any case, the incomes derived from oil, natural gas, or tourism are insufficient to sustain the countries and their citizens have to pay other taxes, such as the social tax, for instance.

It is important to note that a great number of foreign workers find jobs in the countries listed above. It is easy to guess what attracts them to these jurisdictions: by finding employment there they can avoid paying high income taxes at home.

Please apply for our consultations if you would like to register a company in a foreign country that does not charge too much in taxes or open a bank account there. Please write to info@offshore-pro.info or contact us in any other way (click on the ‘Contact us’ icon at the top of the page).