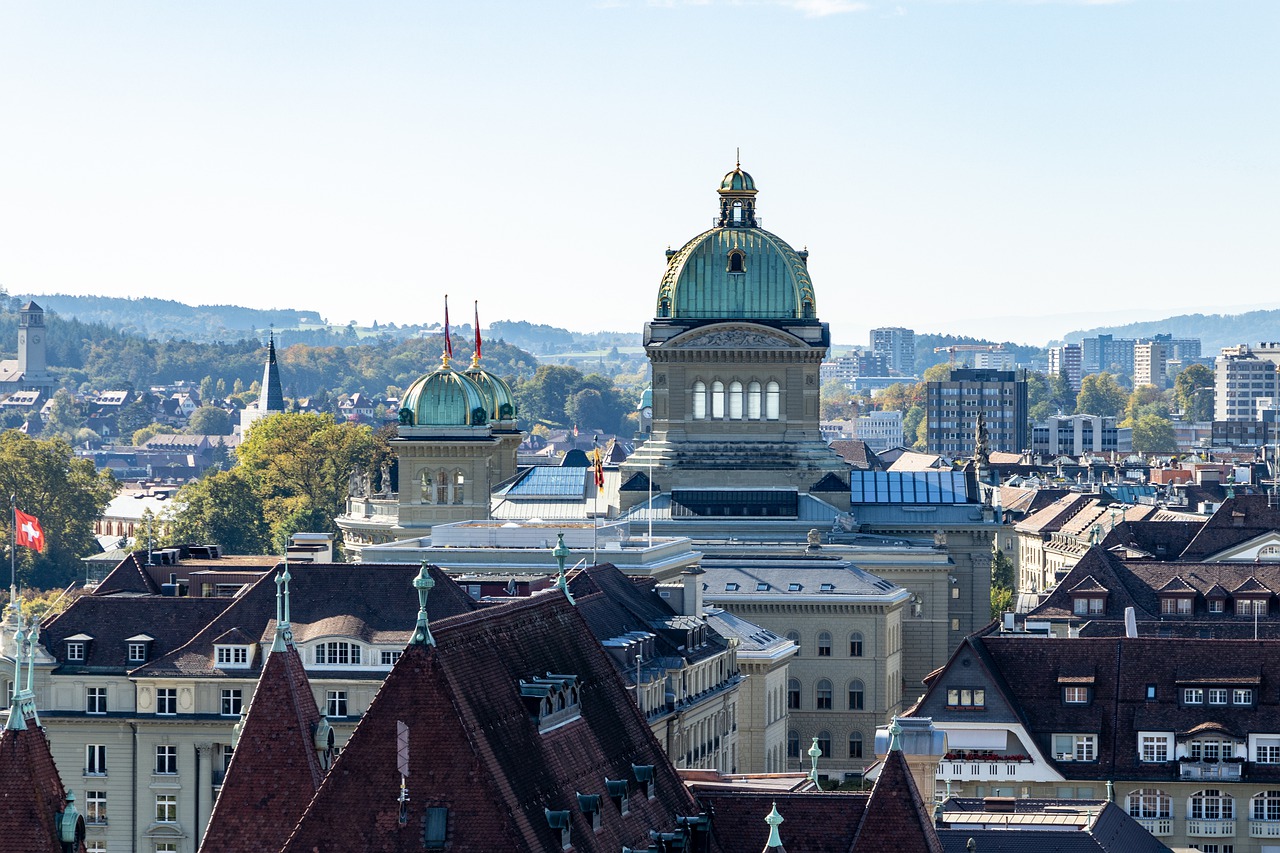 There are all reasons for tech company registration in Switzerland.

It has been noticed that any association with such a highly reputable jurisdiction is nearly always perceived as a guarantee of quality and success.

This country has earned the most positive reputation in the world thanks to its political and economic stability, close ties with foreign markets (especially the EU), excellent education and healthcare systems, qualified human resources, outstanding infrastructure, a high standard of living, an attractive tax system, ideal conditions for R&D, innovation and technology development, and many other virtues of the business-friendly Swiss environment.

This article makes an inventory of the key advantages Switzerland offers specifically to technopreneurs. They find their niches and set up companies to develop, produce, sell high-tech marketable products across a variety of fields – from medicine, biotech, pharma, food, to construction material and fintech. The list of such areas is endless.

Let us give reference to the ‘Global Innovation Index 2020’ which is a report on the research conducted annually in 130 countries by some 80 parameters.

Switzerland was also recognized as the most innovative country in Europe according to ‘The European innovation scoreboard 2020’ report published by the European Commission.

The above-mentioned and other comprehensive research highlights the rapid penetration of high technologies in every sphere of the world economy, every aspect of public life, every country.

However, the world is not united or flat when it comes to acceptance and introduction of new solutions for the new challenges, even as critical and global as, for example, the pandemic.

That is why the new type of entrepreneurs and investors from many countries are looking for more friendly environments, where their meaningful disruptive ideas can be tested, supported, put to use.

Switzerland is a country with an educated and highly-skilled population that speaks 4 languages German, French, Italian, and Romansh. Many locals are fluent in several other languages. This is an important advantage, as there are practically no linguistic barriers in communication and cooperation.

According to the UNESCO Institute for Statistics (UIS) producing internationally-comparable indicators on R&D and innovation, Switzerland spent on R&D 3,2% of GDP in 2019 which makes it the 4th top spender in the world in terms of investment as a share of GDP. According to the World Bank, Switzerland has the world’s highest R&D spend per capita. Larger economies are falling far behind.

Companies and startups in Switzerland involved in innovation and technology take advantage of the excellent research platforms provided by the government, which makes life easier for startup founders in the early years of business.

Researchers from Switzerland are the authors of about 1.2% of all scientific papers published worldwide. The main areas of focus are biological sciences (26); clinical medicine (24%); physics, chemistry, and earth sciences (23%).

The country welcomes serious technopreneurs and researchers. By the share of high-tech sophisticated products in its export, Switzerland ranks second in the world after Japan.

Switzerland is also considered the second greenest region in the world, second only to Sweden, according to the Global Green Economy Index (GGEI) 2018.

The number of women working in laboratories remains low compared to other countries. In the next four-year national funding cycle starting in 2021, one of the Swiss National Science Foundation’s (SNSF) top priorities will be to attract more women through women-only grants in the life sciences, technology, engineering, and mathematics. The foundation is the country’s largest public research funding organization. It has a budget of around 1 billion Swiss francs a year available for support to fundamental science and research, i.e. hundreds of projects each year involving tens of thousands of researchers.

Switzerland is a leader in the pharmaceutical, chemical, electrical, and mechanical engineering industries. Biotechnology and pharmaceuticals account for 40% of the country’s exports.

Switzerland is proud of the highest concentration of medical companies in Europe, attracting talent and capital from all over the world. Switzerland is second only to the U.S. in per capita health care spending. It is an attractive market for medical technology and equipment manufacturers.

The country is also in possession of the biggest number of pharmaceutical patents in Europe, with 956 applications filed in 2018 and 466 in 2019. Many pharma companies are based in Switzerland enjoying the benefits and commitment of the nation to innovations and research. Among the famous brands are  Hoffmann-La Roche, Novartis, Alcon, Bayer, and a lot more. The largest number of applications for patents in 2018 came from Roche, ABB, Nestlé и Novartis.

As for the Swiss fintech industry, its scale can be judged by the fact that 10% of the European fintech business is concentrated in Switzerland, mostly in Zurich. Over 100 out of more than 220 fintech companies in Switzerland work in the cryptography and blockchain industry.

2017 was a milestone in the history of the Swiss fintech industry: the sector had reached maturity and become an important driver of innovation, as startups had penetrated the financial system on a variety of levels. The banks realized that the way to secure their future was through automation of business processes and technological advancement.

It would be difficult to understand the Swiss technology industry without attention to the biotechnology sector. Switzerland is one of the most innovative biotech hubs in the world. Swiss companies profiled in this sector attract capital, partners, and customers from all over the world. One reason for their success is the close collaboration between renowned universities, highly specialized companies, and startups.

According to the Swiss Biotech Report 2020, Switzerland generated almost CHF 4.8 billion in revenue from the biotech industry in 2019.

Lausanne, the capital of the canton of Vaud, and its universities (e.g. The École polytechnique fédérale de Lausanne (EPFL)) are considered the key drivers of innovation in energy engineering and health-related technologies. 15% of all startups in Switzerland are registered in the canton of Vaud.

Switzerland is also a center of innovation in blockchain technology. Canton Zug is considered Switzerland’s crypto-valley and the global hub of international blockchain development. The technology is used in supply chain management, the insurance industry, energy supply, logistics, and other areas.

The center of financial technology in Switzerland is Zurich. It is the fintech center not only for Switzerland but for the entire Europe. Swiss fintech companies pay a lot of attention to artificial intelligence. One of the distinctive features of the Zurich ecosystem is the fusion of authorities, entrepreneurs, and venture capitalists.

Switzerland has 12 universities, 10 of which are funded at the cantonal level and two at the federal level. 11 of the 12 Swiss universities were featured as high-quality education providers in the Times Higher Education (THE) rating of world universities in 2020, leaving behind only the smallest one, the University of Lucerne.

Two federal institutes of technology, ETH Zurich and EPFL, are interconnected, offer joint programs, and more than 60 percent of their faculty are from other countries.

ETH Zurich, ranked 13th in THE 2020 university ranking, is proud to have had 21 Nobel laureates on its staff, including Albert Einstein and Wolfgang Pauli. Since 1996, the university has created 407 companies. ETH Zurich students and faculty file an average of 109 patent applications per year.

At EPFL, almost half of the students come from outside Switzerland. Representatives of over 120 nations work and study at this ‘Europe’s most cosmopolitan technical university’. EPFL specializes in natural sciences and engineering and is home to an Innovation Park, which has attracted well-known companies such as Frontiers and Nestlé (it was also formerly home to the Swiss MindMaze). Companies housed in the EPFL Innovation Park, in addition to paying rent to the university, also invest in research activities. Between 2000 and 2017, 245 startups were created at EPFL.

May we emphasize this: the Swiss innovation parks offer tech companies the opportunity to collaborate with the leading international universities and have access to research results to jointly develop products and services.

Registration or purchase of a company in Switzerland is possible both during your in-person visit and remotely. We will help you choose a canton in Switzerland, the most suitable niche for your activity, the proper legal form of business, we can recommend a Swiss director, and take care of all other organizational matters part of the registration procedure, including the opening of a bank account and the post-registration maintenance of the company.

Companies dealing in innovation and technology will most likely need some licenses to operate in Switzerland. In particular, this applies to those companies whose activities are related to medical technology, cryptocurrency, banking, and asset management.

Should you need further information about opportunities for your technopreneurs and investors in Switzerland, please contact us at the e-address given at the top of this page.

Our experts will be glad to give you advice and offer their fee-based set-up services. Your company will be made in Switzerland. Runs like clockwork. It sums it up.

How has Switzerland become a world-renowned center of innovation and technology?

Many factors have made Switzerland so successful in this field. The political neutrality and stable social environment have long attracted talent from all over the world to Switzerland. Government support at the federal and cantonal levels also plays an important part in this achievement. Besides, the funding process is strategically designed to foster cooperation between companies and universities.